“When Austin Got Weird” Counterculture at the Bullock Museum 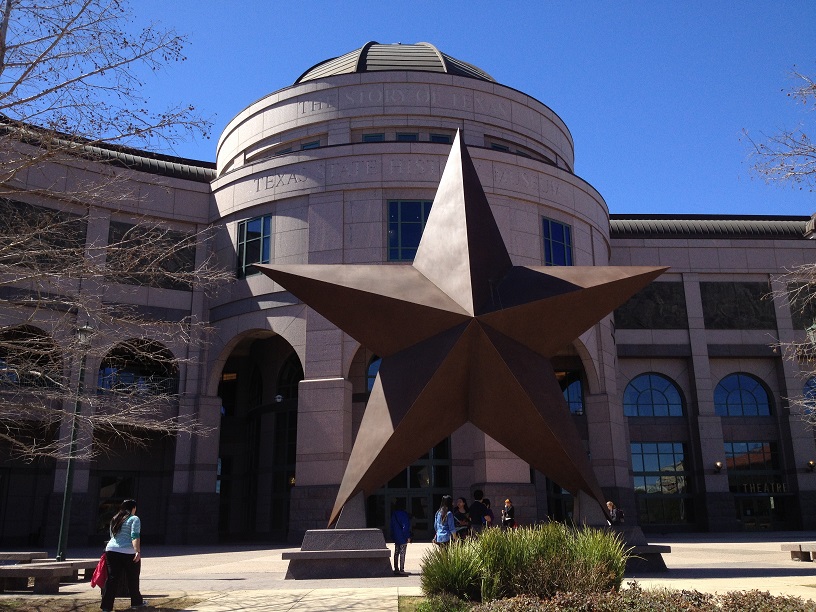 Discover the how and when of Austin’s weird roots in the “When Austin Got Weird” exhibit at the Bullock State History Museum. Set to run until September 14, 2014, the daily exhibit explores the artists and music venues that defined the counterculture of Austin in the 1960s and 1970s.

Visitors can reminisce upon famous musicians portrayed through the viewpoint of poster artists, in posters created between 1967 and 1980. Featured musicians include Janis Joplin, Willie Nelson, Pete Seeger, Stevie Ray Vaughn, Fats Domino, and the Ramones. The exhibit also includes posters for many Texas music favorites, such as Asleep at the Wheel, Sir Doug and the Texas Tornadoes, and Shiva’s Headband.

While the official slogan, “Keep Austin Weird” was not trademarked until 2000, its roots are on display thanks to archives from the Dolph Briscoe Center for American History and the Austin History Center. Twenty nine posters were selected, from artists Jim Franklin, Gilbert Shelton, Robert Burns, Micael Priest, and others.

The exhibit is sponsored by Lone Star, the National Beer of Texas, and displays in the Third Floor Rotunda Gallery of the Bullock State History Museum. Visit the website for more information. Clips of the interviews are available here for online listening.