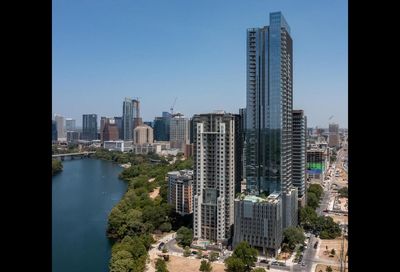 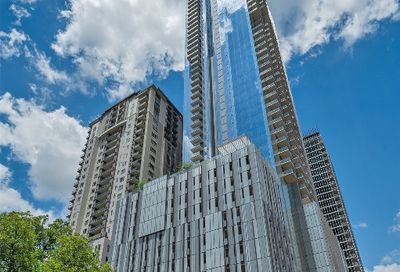 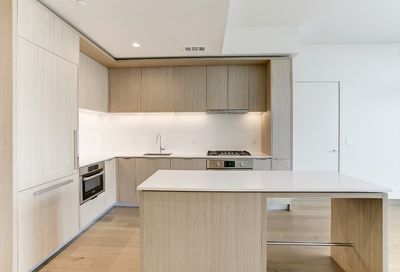 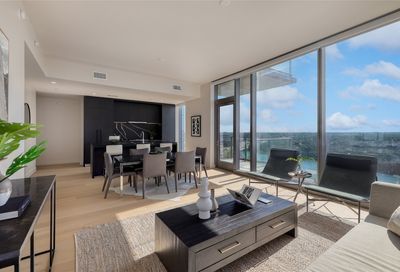 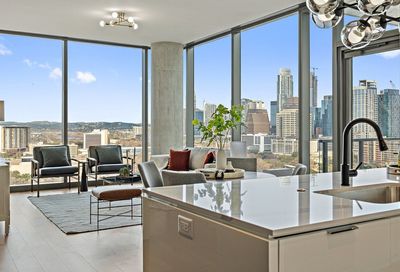 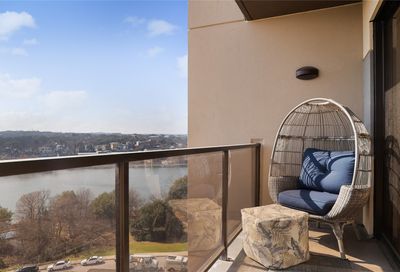 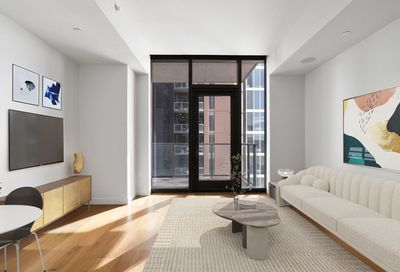 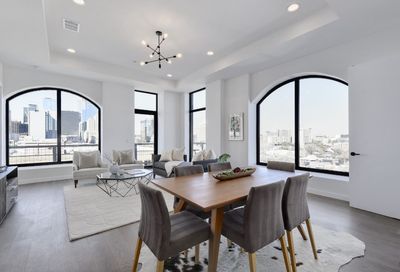 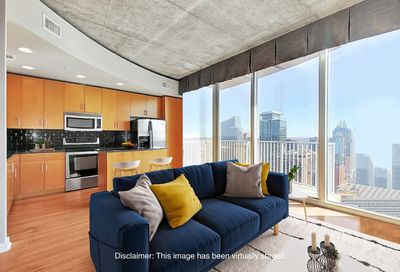 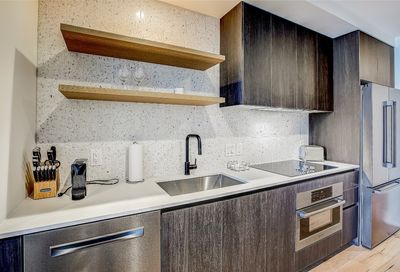 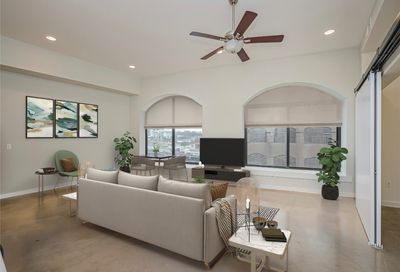 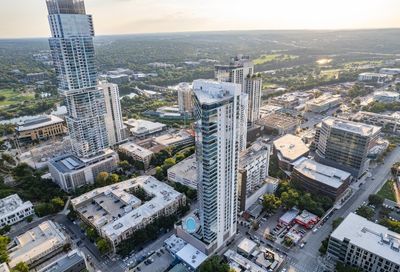 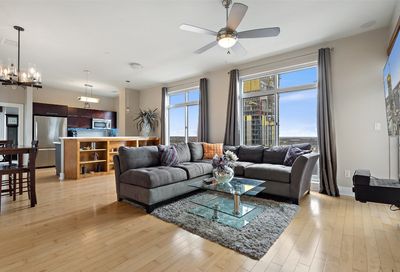 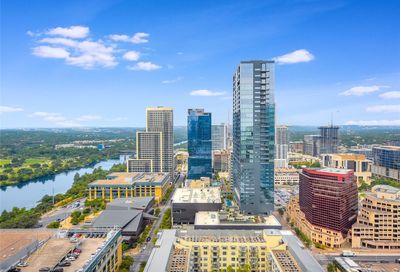 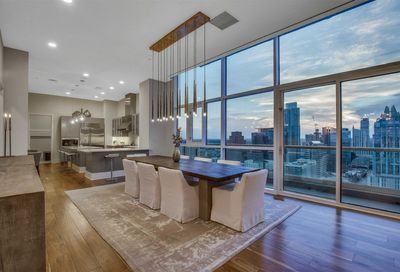 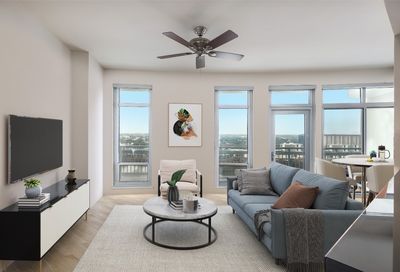 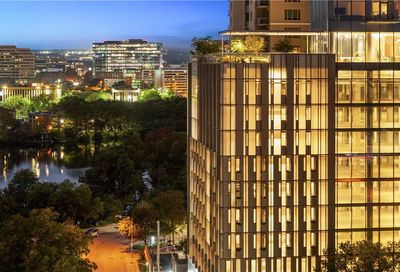 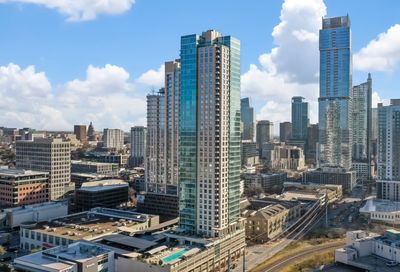 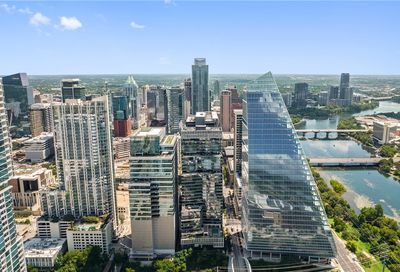 Karen Cole and her spouse work downtown and enjoy living in the W Hotel & Residences on Lavaca Street. “Our kids are grown, so we traded the house and the yard for a high-rise condo with a lake view. We’re avid runners, and the W is two blocks from the hike and bike trail. Life is good!”

Downtown Austin is located on the north bank of Ladybird Lake, a reservoir of the Colorado River. The approximate borders of Downtown include Ladybird Lake to the south, MLK Boulevard to the north, Lamar Boulevard to the west, and Interstate Highway 35 (IH-35) to the east. Downtown Austin is zoned for the Austin Independent School District, and its zip codes include 78703 and 78701.

The City of Austin is a top employer, as well as Travis County (one of Austin’s top 10 largest public employers). Other major businesses include the corporate headquarters of Whole Foods Market, Silicon Labs, and GSD&M Idea Lab.

The University of Texas at Austin is another large employer, boasting over 24,000 faculty and staff members. Downtown Austin also is dominated by the Texas State Capitol and associated government buildings.

The downtown Austin residential market includes 11 districts and serves a population over 10,000. By far the most common home properties are high-rise condominiums. However, there are a few historic homes located in the downtown district. Additionally, some of the neighboring communities include Bryker Woods, Tarrytown, Clarksville, UT, Travis Heights, Barton Hills, and Pemberton Heights.

Austinites and tourists alike revere downtown festivals like South by Southwest and Austin City Limits. They also tour and stroll the oak-shaded grounds of the Texas State Capitol, listen to live music, and check out the latest exhibitions at The Contemporary on Congress Avenue and the Blanton Museum of Art. Bass Concert Hall, The Frank Erwin Center, The Long Center for the Performing Arts, and Parmer Events Center offer residents an impressive broad array of local and national performances. The Austin Convention Center, Texas Memorial Museum and the Bullock Texas History Museum are three additional major attractions. Downtown Austin also is famous for Sixth Street, a historic street and entertainment district.

Austin’s most prominent street, Congress Avenue was designated a historical district in 1978 and connects the State Capitol to Ladybird Lake (it continues southward to Slaughter Lane). It combines 19th century historical buildings with eight linear blocks of hotels, storefronts, restaurants, and modern skyscrapers. Residential buildings in the area include Brazos Place, Brazos Lofts, Littlefield Quarters, The Railyard, the Whitley, the Four Seasons Residences, Austin City Lofts, and the Austonian.

Stretching from MoPac Expressway past Interstate Highway 35 (IH-35), the 13-block area between Lavaca Street and IH-35 is called the Sixth Street Historic District and has served as a major entertainment district since the 1970s. The area is famed for its live music, bars, clubs, and restaurants. Nearby residential buildings with condos include Avenue Lofts, The 5 Fifty Five, Sabine on 5th, Littlefield Quarters, and Brazos Lofts.

Sitting on the north bank of Ladybird Lake adjacent to City Hall in Downtown Austin, the 15-block Second Street District has emerged as one of Austin’s most well-known shopping and dining districts. Nearby residential options include The Austonian, Austin City Lofts, 904 West, The W Hotel & Residences, Plaza Lofts, and 360 Condominiums.

Located next to IH-35 on the north bank of Ladybird Lake is the Rainey Street Historic District. The area boasts the Mexican American Cultural Center and a variety of bungalow-style restaurants, bars, and eateries. Nearby residential buildings with condos for sale include Villas on Town Lake, The Shore, Milago, and the Towers on Town Lake.

The Market and West End Districts are located in the northwest section of downtown and are centered around Whole Foods Market (World Headquarters) plus a variety of businesses, eateries, and upscale retailers. Nearby residential offerings include Posada del Rey, 360 Condominiums, The Nokonah, Austin City Lofts, Spring Condominiums, Seaholm Residences (to be completed in 2015), Plaza Lofts, 904 West, and the Brown Building.

Located just between the Market and Congress Districts, the Warehouse District offers 10 blocks of old warehouses that have been renovated into music venues, trendy clubs, fine restaurants, and upscale retailers. Close residential options include Plaza Lofts, Posada del Rey, the Brown Building, the W Hotel & Residences, and the Austonian.

Located northwest of the Capitol Complex between Nueces and Lavaca Street are the 22 blocks of the Uptown Arts District. Residential options nearby include Penthouse Condominiums, Greenwood Towers, Westgate Condominiums, and Cambridge Towers.

Named after a number of judges and attorneys who lived in its historically designated properties, Judges Hill District sits in the northwest corner of Downtown Austin next to Pease Park. Residential options include The Presidio at Judges Hill.

The eight blocks of Austin’s Red River District are located next to IH-35 just north of the Sixth Street District along Red River Street. Waterloo Park is next door, and the area is famed for nightclubs and live music from Stubb’s to the Mohawk. The future Dell Medical School at the University of Texas at Austin will be built immediately north of this district. Residential properties can be found close by at 6th and Brushy, Sabine on 5 th, and Avenue Lofts.

The 25 blocks between the State Capitol building and the University of Texas campus are known as the Capitol Complex. The area includes the Bullock Texas State History Museum and a variety of government buildings. Options for nearby residence include Cambridge Towers, Penthouse Condominiums, and Westgate Condominiums.

Downtown residents may join the Downtown Austin Neighborhood Association. DANA members are very active, participating in everything from happy hours for downtown residents to lobbying on issues important to urban lifestyle.

Cole and her husband appreciate downtown amenities. “I enjoy the opera and ballets at the Long Center. My husband digs live music. Living downtown, we don’t have to compromise. We can do it all in one night.”

Many high-rise condominiums offer their own amenities, such as gyms, rooftop pools, concierge services, and more. The area also is ripe with perks:

Waterloo Neighborhood Park, named after the city that originally stood where Austin is today, offers 10 acres of picnic tables and creekside recreation. Walkers, joggers, and bikers adore the Trail at Ladybird Lake, with its 10 miles of lakeside gravel trails. At 4th and Guadalupe St., the historic one-acre Republic Square Park is known for its movies in the park, afternoon yoga, and a Saturday morning farmers’ market. Austin BMX and Skate Park offers 30,000-square-feet of ramps, humps, rails, stairs, and a half pipe.

The nearest golf course is the beloved Lions Municipal Golf Course, known as “Old Muni.” It is Austin’s most popular course and originally was constructed by the Lions Club in 1928.

Located at 7th and Congress Avenue, the historic State Theater was built in 1935. Built and completed in 1915, the adjacent Paramount Theater is another Austin cultural icon. Originally made for vaudeville, it was later remodeled for cinematic use with upholstered chairs and a state-of-the-art sound system. Locally-owned Violet Crown Cinema offers a bar and café, and four screens devoted to independent, documentary, and international films. Founded in Austin, the Alamo Drafthouse’s Ritz Location (on Sixth Street) is another cinematic jewel.

Kruger’s Jewelry on Congress Ave in Downtown Austin, TX”My girlfriends and I enjoy strolling Second Street,” shared Cole. “A cup of coffee at Jo’s, and we’re ready to window shop! Sometimes we head to Milk and Honey spa afterward for a little pampering.”

While shopping and dining opportunities permeate Downtown Austin, they are most concentrated in three areas: Congress Avenue District, Second Street District, and the Market District.

Congress Avenue District is home to historic retailers like Kruger’s Jewelers as well as newer additions like Brooks Brothers and Wild About Music. Diners enjoy restaurants like Annie’s Café, Manuel’s, and La Traviata.

In the Market District, residents enjoy the flagship Whole Foods Market for its natural and organic food and grocery items, Corazon at Castle Hill for creative Mexican cuisine, and locally-owned Amy’s Ice Cream for sweet treats. Retail shoppers can head next door to By George, West Elm, or Stella Says Go. A walk across 6th Street takes shoppers to stores like REI, Anthropologie, and locally owned BookPeople.

Downtown Austin originated in the 1830s when President of the Republic of Texas Mirabeau B. Lamar directed Edwin Waller (the first mayor of Austin) to plan its construction. Waller plotted out a 640-acre (one square mile) grid pattern between Shoal Creek and Waller Creek on the north bank of the Colorado River consisting of 14 blocks running each direction and one grand avenue, Congress Avenue. The streets running east-west (now changed to numbers) were originally named after native Texas trees, while the streets running north-south reflected the order of Texas’ major rivers.