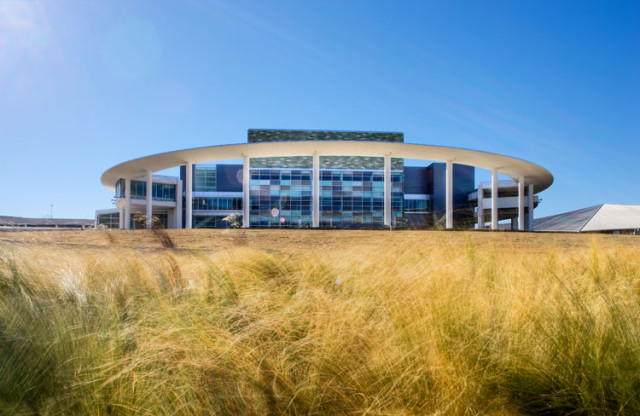 It’s difficult to pinpoint the start of Austin’s vibrant music scene, but the first taping of Austin City Limits may have solidified its trajectory. Now, whether your tastes sway towards country, rock, or classical, or the unique sounds of the Blue Man Group, Austin has a stage set up and ready to get you moving.

Austin City Limits, the namesake for the famous festival, is a music performance television show that has appeared weekly on PBS since 1974. ACL is the longest-running music program on television, the only show ever awarded the Presidential Medal of the Arts, is recognized by Time Magazine as one of the 10 most influential music programs of all time, and is enshrined as a Landmark in the Rock & Roll Hall of Fame Museum. The program now makes its home in the Moody Theatre in the modern W Hotel building in downtown Austin, not far from homes on Lake Austin, and features a twinkling cityscape mural of Austin as a backdrop to a host of famous performers. Originally devised to showcase Austin’s diverse mix of country, blues, folk, and psychedelic music that dominated the music scene in the 1970’s, the show now spans all genres, featuring everyone from Willie Nelson to Kat Edmonston to Mumford and Sons to The Foo Fighters. A staple of Austin culture, tickets for weekly tapings are available to the public, and episodes can still be viewed on PBS networks.

The Austin Chamber Music Center serves the community of central Texas by expanding knowledge, understanding, and appreciation of chamber music through high quality educational programming and instruction, as well as intimate performances both on the UT campus and in homes. Replicating the roots of Chamber Music, the organization focuses on showcasing small ensembles of classical musicians in private luxury homes throughout Austin and at Bass Concert Hall. Every summer, the Center hosts a festival of chamber music, bringing in highly lauded musicians from around the world to perform.

Long Center for the Performing Arts

The Long Center is a performing arts venue featuring multiple performance and event spaces, including the Michael & Susan Dell Hall and the Debra and Kevin Rollins Studio Theatre. Founding and resident companies at The Long Center include the Austin Symphony Orchestra, Austin Lyric Opera, and Ballet Austin. The Long Center, situated close to the Barton Creek neighborhood, has sweeping views of the Austin skyline and Lady Bird Lake, sitting atop Auditorium Shores. Shows at The Long Center are predominantly by local artists and performers, and feature programming that appeals to a range of ages and interests. Performances throughout the seasons include ballet, symphony, opera, Shakespeare, tap dancers, children’s theatre, musical theatre, comedy, and outdoor concerts. Past shows have included highly recognized names like Harry Connick, Jr., Leonard Cohen, and Blue Man Group.