Austin City Council has approved an extension and addition to the Lance Armstrong Bikeway that will finally connect Lady Bird Lake hike-and-bike trail, Downtown Austin, and East Austin. Austin City Council has approved $610,000 to complete the extension, bringing the total cost of the bikeway to $3.2 million, which includes grant and bond money. The new project is scheduled to start in January 2012 and is expected to take 210 days to complete.

The first part of the bikeway was started in 2007 and the second part in 2009. The final and easternmost leg will run from East Fifth Street and Shady Lane to the Airport Boulevard Bridge. With the completion of the eastern section of the bikeway, cyclists will be able to cross over the Colorado River to Roy G. Guerrero Park, then back to Lady Bird Lake trail in Central Austin. Next year, City Council members hope to vote on a fourth and final construction phase on West Third Street that will coincide with rebuilding the street. 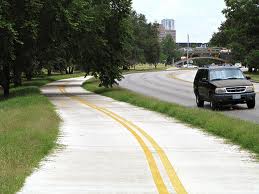 Many Austin bikers believe that the bikeway has improved their commute to Downtown Austin from other parts of Austin, as it keeps cyclists from having to ride in traffic, as well as gives motorists more freedom on the road.

Local Austin REALTOR® Brian Talley supports the Austin cyclist community and enjoys an occasional bike ride himself. If you are a cyclist looking for the perfect place to call home in Austin, perform an Austin Home Search and let Brian help you find the perfect fit.