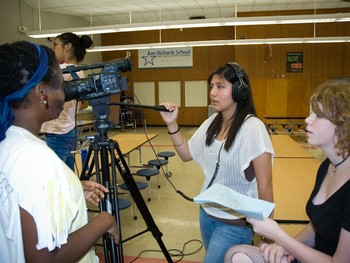 Femme Film Texas began in 2007 at Ann Richards School in Southwest Austin by University of Texas graduate Michelle Voss. Voss was working on producing her own documentary post-graduation, when she realized there were hardly any women on her crew. She knew at that moment she wanted to help girls get a foot in the filmmaking door and began planning Femme Film Texas. Voss wanted the ideals of Femme Film Texas to focus on a hands-on learning environment that taught real skills the girls could take with them on their journey of discovering what they want to become. 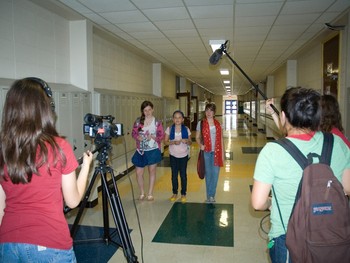 Femme Film Texas solicits the help of local film artisans to teach the girls about industry insights as well as help them understand the workings of producing a film. A majority of the girls are economically disadvantaged and would not otherwise have access to state-of-the-art equipment and industry leaders. The girls who attend Femme Film Texas gain confidence, self-worth, and learn invaluable information from industry leaders. If you are interested in Femme Film Texas and the work that is being done by the organization, check out their website for more information.