Breakfast tacos are an elemental part of Austin culture, and the city is known for having some of the most delicious morning treats in the country. Austin is speckled with taco stops, and an Austin realtor can help put you in walking distance of your favorite taqueria. Below are a few places known for their drool-inducing, well-wrapped breakfast fare: 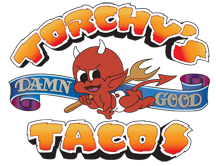 Torchy’s Tacos originated as a food truck in South Austin, but its quick rise in popularity has led to locations all over the city. Their tagline, “Damn good tacos,” originated from the words of first customers who doubled as guinea pigs for the early evolving menu. Now, guests can enjoy Torchy’s breakfast tacos (and regular tacos) any time of day. You may put your house up for sale on an Austin home search after trying a few because you’ll probably want to set up camp outside the store!

Founded in 1999, Tacodeli has been the local spot for award-winning Mexican flavors for both breakfast and lunch. All items are hand-made from scratch, and the salsas and sauces use locally sourced and organic ingredients. Tacodeli is a locally owned business that has won numerous awards, including the Austin360.com’s Best Breakfast Taco of 2007 and 2008, Texas Monthly’s Best of Austin 2009, and multiple awards from the Austin Chronicle readers’ and critics’ picks. Tacodeli has locations in several Austin spots, with a popular one close to the Domain and Avery Ranch.

Maria Corbalan is known as South Austin’s Taco Queen and is the proud owner and founder of Maria’s Taco Xpress. She first opened 14 years ago in a food trailer, and business took off after a glowing review in the Austin American-Statesman. Now, the anchored storefront draws huge crowds with room to spare on a wide deck and hosts live music every week. Breakfast tacos are served all day, and include Migas tacos with egg, onions, jalapenos, tomatoes, tortilla chips and cheese; the Mexi Taco with egg, onions, jalapenos, and tomatoes; a Huevos Rancheros Plate with eggs, beans, potatoes, two tortillas and salsa ranchera; and a Migas Plate.