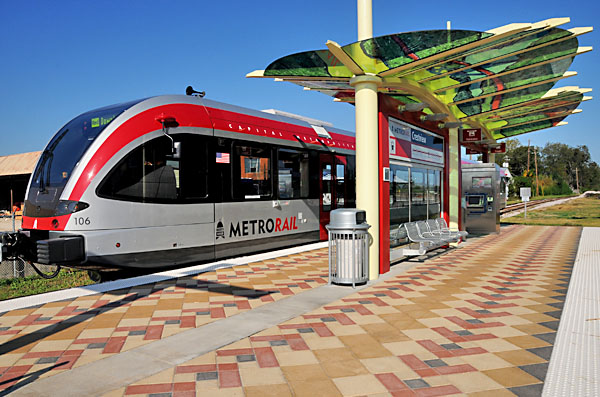 Austin’s urban rail plan may have ten new miles added to the existing routes, and that’s potential good news for commuters who may live farther from downtown offices, like those in the hill country neighborhoods of Steiner Ranch, or farther south like Circle C, looking to abandon driving on busy Austin highways during rush hours. The most recent proposed map of routes shows rail lines reaching Southpark Meadows, not far from Olympic Heights in far south Austin, MoPac Boulevard (Loop 1) near West Fifth Street and at West 35th Street, the Triangle on Guadalupe Street, and MetroRail’s Crestview Station on North Lamar Boulevard.

The project could be several years down the road, depending on public opinion and City bureaucracy. Additions would not be cheap, but could be ideal for decreasing traffic. The current rail routes are heavily centered in central Austin, connecting Mueller in East Austin with Austin-Bergstrom International Airport, running through the University of Texas, and through the Capitol complex and downtown Austin.

A new bridge may also be in the works near Waller Creek that would accommodate trains, buses, bikes, and pedestrians in crossing Lake Austin. The plans right now are classified as a “working draft” of the city’s long-term transit vision. The proposal for extended rail service likely will be a part of what is to be a comprehensive city bond election in November running to several hundred million dollars in spending. For several months, a bond advisory board has been looking at potential bond projects in other areas of city government, including public safety, housing, parks, libraries and non–rail transportation.

The good news for Austinites is that City budget staff members have said that Austin could pay for $385 million in bond projects without having to raise taxes. If taxes were raised by one cent per $100 of property value, though, the City could pay for $500 million in bond projects, and $625 million in projects if it raised the rate by 2 cents per $100 of property value. With a 1-cent increase, a $200,000 home would pay $60 more in city taxes by 2016, according to an analysis by city budget staffers. With a 2-cent increase, the same home would pay an extra $83 by 2016, they said. The council is expected to decide in mid-August what to put before voters. An Austin Realtor can help determine what property taxes are or will be for any neighborhood in the city.