Even large chain grocery stores in Austin are homegrown, with the three largest retailers, HEB, Randall’s, and Fiesta Mart, founded in the Texas cities of San Antonio and Houston. These Texas-founded and Texas-sized stores make “shopping local” easy, with each frequently utilizing the state’s farmers and suppliers to stock produce aisles and pantry shelves. These grocers also make commutes easy, with stores located near almost every neighborhood in Austin, including far south homes in Circle C and the upper border of Austin, the northern Avery Ranch neighborhood.

HEB, founded in Kerville, Texas, has approximately 32 stores in and around Austin. Now based in San Antonio, the 340-store company operates Central Market, an upscale organic and fine foods retailer, with many overlapping gourmet selections found on HEB shelves. HEB offers fuel centers, florists, seafood counters, butchers, bakeries, pharmacies, in-house small business offices, and in HEB Plus stores, a range of non-food items that includes electronics and toys. In 2012, HEB ranked No. 12 on Forbes’ 2012 list of “America’s Largest Private Companies” and was named Retailer of the Year in 2010 by Progressive Grocer. 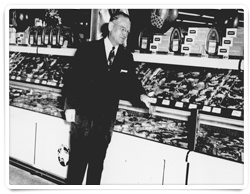 It is also a large supporter of the communities it thrives in, donating 5% of pre-tax profits to charity.

The story of HEB begins more than 100 years ago in a small, family-owned store in the Texas Hill Country. In 1905, Florence Butt opened the C.C. Butt Grocery Store on the ground floor of her family home in Kerrville. In 1927, Howard Edward Butt launched a successful second store in Del Rio, Texas, followed by the purchase of three grocery stores in the Lower Rio Grande Valley. The first initials of Howard E. Butt became the name of the store, HEB. Today, the store is the largest private company in Texas, and rewards shoppers with in-store coupons and deep discounts that rotate every week on items throughout the store.

Randall’s Food Markets operates 12 stores in the Austin area and 109 supermarkets in the Houston, Austin, and Dallas-Fort Worth areas combined. Creating jobs for more than 10,000 associates, Randall’s is the Texas division of Safeway Inc., which includes Tom Thumb stores, headquartered in the Westchase district of Houston. Randall’s stores feature fresh seafood, floral, cosmetic, bakery, and film processing departments. The premium Flagship Randall’s and Flagship Tom Thumb stores have increased their take-out departments to provide fresh made pizzas, pastas, and barbecue. Many locations even offer bank branches, ATMs, coffee shops, one-hour photograph processing, drive-through pharmacy windows, fueling stations, and full-service counters where a customer can purchase lottery or movie tickets and pay utility bills and car license renewals. Randall’s offers its customers a loyalty card (called the Remarkable Card) that provides a discount on some items, as well as a 3-cent discount on gasoline or a portion of sales proceeds donated to charity.

Randall’s Food Markets was founded by Robert R. Onstead, R. C. Barclay, and Norman N. Frewin in Houston, Texas, in 1966. In the 1990’s, Randall’s experienced unprecedented growth, expanding into Dallas, Fort Worth and Austin, doubling in size with the acquisition of Tom Thumb stores and the gourmet Simon David stores. In 1999, Randall’s became part of Safeway Inc., a Fortune 50 company and one of the largest food and drug retailers in North America. 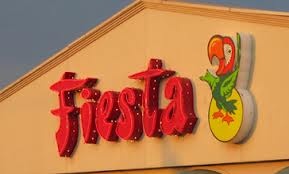 Fiesta Mart, with a large store in central Austin (close to Hyde Park homes) and a large store in south Austin (close to homes in the Villages at Western Oaks), was co-founded by Donald Bonham and O. C. Mendenhall in Houston in 1972. Prior to co-founding Fiesta, Bonham had lived in several countries in Latin America, where he worked helping set up supermarkets and food distribution systems. It was this background that led to the idea to found a supermarket in the U.S. that catered to global tastes. The company quickly discovered its “open market” format was appealing to the large international community residing in Houston in the 1980’s. Fiesta currently has 60 stores open in the Houston, Austin, and Dallas-Fort Worth markets, serving customers with a vast variety of dry grocery and perishable products, offering quality meat, grocery, fresh produce, and dairy products, beer and fine wines, and an international and specialty foods section with products from around the globe. Most locations offer a fresh meat service counter, a fresh seafood department, and an in-store bakery. The stores also offer services, including counters where customers can pay utilities, purchase license tags, concert and sporting event tickets, money orders, and lottery tickets, plus cash checks and send money through Western Union. Fiesta supports local charities, educational programs, special events, and works with community leaders and citizens in a variety of programs and projects.