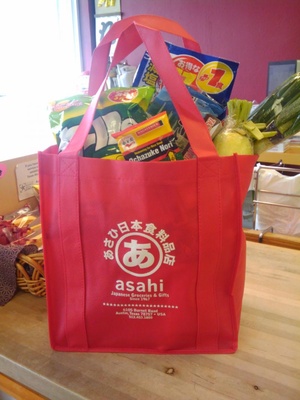 Austinites have a wide selection in ethnic ingredients with well-stocked gourmet and imported goods from Central Market and Fiesta Mart, but sometimes traveling off the beaten path for an unfamiliar ingredient can be almost as rewarding as a real travel adventure. Specialized ethnic markets run by people with firsthand knowledge of global cuisine are popping up throughout the city, with many concentrated on Burnet close to Tarrytown, and a few have been well established for over 20 years. Several ethnic markets also offer fresh sandwiches, kabobs, and other foods that may be too tempting to wait until home to eat.

Asahi Imports on Burnet, close to Allandale homes, is Austin’s only exclusively Japanese market. The store stocks everyday Japanese food items, specialty ingredients, imported snacks and sweets, sake, Japanese beers, Japanese knives, household goods, origami, and gifts. Founded by the Matsumae family in 1967, Asahi Imports is one of the oldest ethnic grocery stores in Austin. The shop aims “to make our customers that have been to Japan, customers that are homesick for Japan, or customers just fascinated with things Japanese to come into our store and feel like they’ve just taken a trip to Japan. We want to make those who have never experienced Japanese food before excited about trying, cooking, and eating Japanese cuisine.”

Best known as a Middle Eastern deli, Phoenicia Bakery is a miniature world market providing food from many countries in the Middle East, South America, and Western and Eastern Europe, with special emphases on Mediterranean foods. Located on Burnet and another on South Lamar close to homes in Circle C, the stores feature bars with more than 20 varieties of briny olives. They bake their own breads and pastries daily, including pita breads and baklava, and also have prepared foods such as dolmas, hummus, and roasted-eggplant dip. Imported cheeses, vinegar, tea, jam, rice, spices, olive oil, and canned and packaged goods line the grocery shelves. Persian cookbooks and CDs are also for sale. 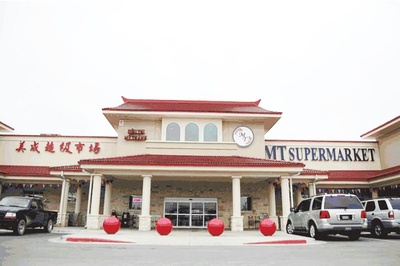 My Thanh Supermarket, better known as the MT Supermarket, features 55,000 square feet of authentic Chinese, Indonesian, Japanese, Korean, Filipino, and Vietnamese products. Established in 1984, it is one of the largest pan-Asian markets in Austin. The grocery options include live seafood, exotic produce, a meat counter, expansive frozen selections, imported canned and packaged goods, holistic medicine, and gift items. If shopping for an elusive ingredient for a foreign recipe, MT Supermarket probably has it.

Austin International Market carries African, Spanish, Caribbean, and Mediterranean foods. The aisles are stocked with selections of rice, beans, packaged imports, and a small produce selection. A small beer selection includes Zambezi and other hard to find names. The Market is one of the few Austin stores to offer specialized African imports.