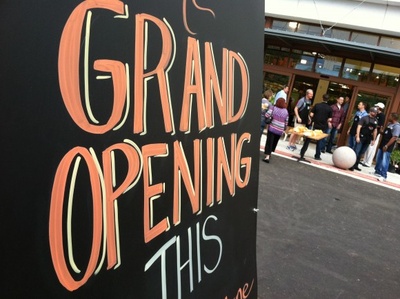 Austin’s economic growth is made manifest in the growing footprint of local and national retail stores. The commercial retail real estate sector has improved by leaps and bounds in recent months and is poised for further growth in Austin, according to a report released by Marcus & Millichap Real Estate Investment Services Inc., a national commercial real estate brokerage firm.

“Both job growth and a business-friendly environment have been fueling retailers’ decisions to locate or expand within and close to Austin city limits,” said Austin REALTOR® Brian Talley. “This growth is indicative of a healthy economy and helps create more jobs, further reinforcing those positive strides.”

In the coming year, retail inventory is expected to increase by almost 2%, with an estimated 930,000 square feet of new retail space slated for construction. Major contributors to Austin’s retail growth spurt include Whole Foods, which plans to expand to serve Southwest Austin and northern neighborhoods like Steiner Ranch and River Place, H.E.B Grocery Co., Wal-Mart Stores Inc., Costco, and the expansion of Round Rock’s Ikea, close to Falcon Pointe. The growth will be the largest Austin has seen since 2007 and will equal over 1.1 million square feet of space between new and existing buildings. “For Lease” signs will begin to disappear, too, as vacancy rates are expected to drop to 8.4%.

Landlords also will see their leveraging muscle increase, as retail rents are expected to increase 1.1% to $19.69 a square foot. This correlates with the rise in residential rental rates, which are quickly outpacing the rise in home prices.