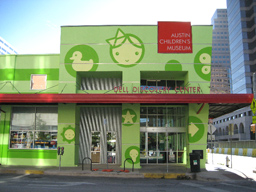 Texas has a rich history and is an integral part of the cultural history of the United States, and museums within the city feature exhibits and libraries that showcase that history. From the private papers of famous poets and presidents to Texas’ role in the space program, visitors can learn a lot from a visit to one of numerous museums located in the capital city.

Located on The University of Texas campus on Guadalupe Street, close to the Tarrytown neighborhood, The Harry Ransom Center serves as a museum, library, and archive. The center specializes in literary and cultural artifacts that further the study of humanities and the arts, housing over 36 million manuscripts, a million rare books, five million photographs, and more than 100,000 works of art. A gallery rotates exhibitions throughout the year that typically include art, objects, and printed materials, and a reading room for scholars helps advance academic research. The museum’s most popular items include an original Gutenberg Bible (one of 21 in the world), an original Frida Kahlo self-portrait, and the first successful photograph taken by Nicéphore Niépce.

The LBJ Library and Museum houses over 45 million pages of historical documents, including the papers of President Lyndon Baines Johnson and his close associates. Dedicated in 1971 with President Johnson and then-President Richard Nixon in attendance, the library has since served as part of The University of Texas at Austin. The building is popular for featuring a replica of the Oval Office from the time when Johnson served as President, and also features permanent historical and cultural exhibits, as well as traveling exhibits.

The Austin Children’s Museum, located in downtown Austin, seeks to provide exciting opportunities for children to develop their creativity with the support of caring adults. Exhibits at the museum include En Mi Famila, Funstruction Zone, Global City, and a rotating featured exhibit. The museum draws over 200,000 visitors annually, making it a tourist hotspot and a local favorite. First founded in 1983 through traveling exhibits that would go on display in shopping malls or Austin luxury homes set up like French art salons, the museum found its permanent home in 1997 with the help of gifts from local foundations and donors, as well as a 10 year rent-free lease from the City of Austin.

With a mission to share “the Story of Texas,” the Bullock Texas State History Museum is part of the Texas State Preservation Board and makes its home on The University of Texas at Austin campus not far from the historic Hyde Park neighborhood. Named for a former Texas Lieutenant Governor, the museum features three stories of interactive exhibits, as well as an IMAX theatre. The first floor explores the history of Texas land, the second floor the history of Texas’ identity, and the third floor the theme of opportunity in Texas. The second floor has a multimedia, interactive theatre that features two shows daily. The IMAX theatre screens blockbuster movies as well as educational films. The museum has drawn over five million visitors and continues to be a prime attraction for both locals and visitors to Austin.