Wanting to know how your Austin neighborhood home sale prices have fared since prior to the recession? Are you looking to purchase a home in a stable neighborhood or in an Austin subdivision that has seen major price declines? You have come to the right place!
Click here to view more clear image of below zip code map where you can zoom in! 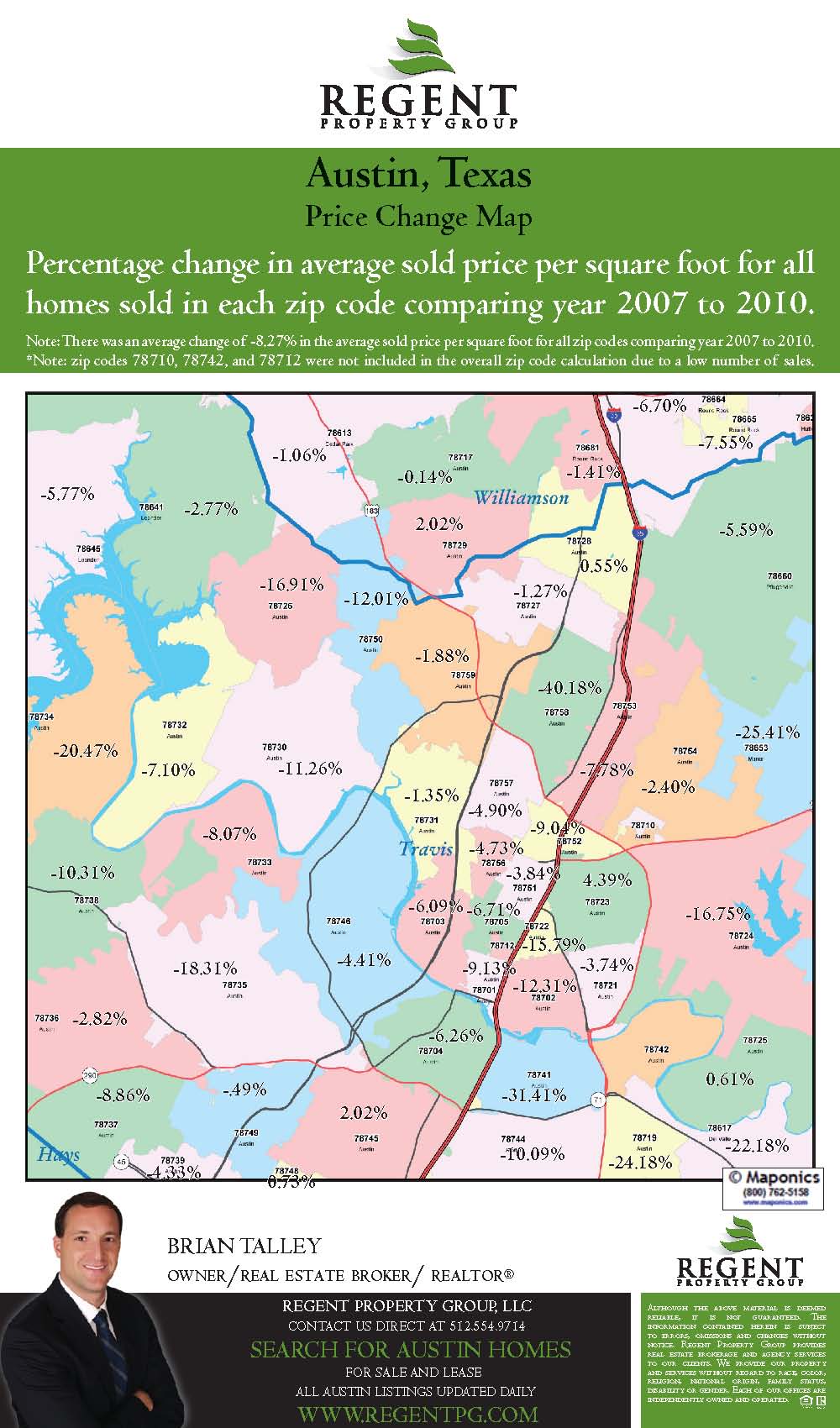 For buyers there are different angles to consider when deciding where to purchase their next home. On one hand buyers may find the best values where prices have dropped the most. On the other hand, buyers might consider purchasing a home where prices have been the most stable over the last few years. Either way, Austin continues to buck the national trends with continued growth and relative employment stability, which suggests long term demand for Austin homes for sale. According to Texas’ State Demographer, Austin Metropolitan Statistical Area (MSA) population will grow 33.9% between the years 2010-2020 from 1.7M to 2.92M. By the year 2040 the Austin MSA is projected to have a population of just less than 4M. That is over twice the size of the current Austin MSA! If the projections hold true, Austin homeowners should enjoy continued market stability and growth for years to come.
See press release for Local REALTOR® Releases Austin Texas Housing Price Changes Since Recession
Source: The raw data in this report was provided by the Austin Board of REALTORS® but interpreted by top Austin Realtor® Brian Talley of Regent Property Group.  The information contained herein is subject to errors, omissions and changes without notice.  Any information, statistics, analytics, recommendations or opinions provided in this report are subject to errors and/or omissions and are not in any way guaranteed as accurate or reliable by Brian Talley or by Regent Property Group LLC.
Share This Article
Connect on Facebook Connect on Twitter Connect on Pinterest Connect on Instagram Connect on LinkedIn
Print
Subscribe