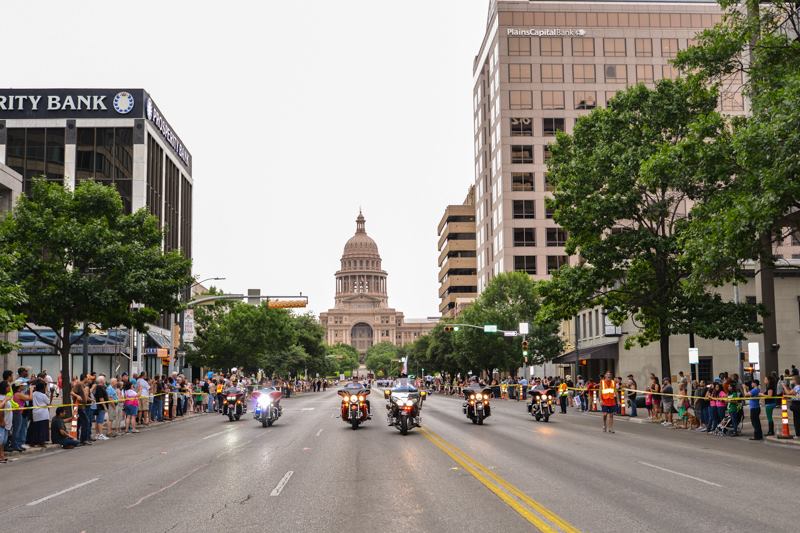 “Let’s go fly a kite” is not just a song in Austin, it’s a party! So are motorcycles, hot sauce in all of its creative and delicious incarnations, and an entire festival dedicated to having fun, I mean pun, in honor of one of many literary heroes in Austin’s history.

Zilker Kite Festival sends thousands of colorful kites to adorn the sky over Zilker Park every spring, and can be visible from any vantage point miles away. The event is held on the first Sunday of March in Zilker Park, a short drive from the West Lake Hills neighborhood. Admission is to the kite festival is free, and visitors can come to fly a kite or watch a bright aerial display. Originally known as the ‘Kite Tournament,” the Kite Festival was created by The Exchange Club of Austin in 1929 with a mission to encourage creativity in children. In 1936, the club partnered with the City of Austin Parks and Recreation Department to move the event to Zilker Park, where it has been hosted ever since. The festival is still held by The Exchange Club, a nonprofit dedicated to the prevention of child abuse.

The O. Henry Pun-Off is a yearly spoken word competition that takes place every May at the O. Henry Museum in downtown Austin close to recent additions to Austin’s luxury homes and condos. First held in 1978, the Pun-Off is a celebration of wordplay in honor of the humble pun and the art of out-punning opponents of lesser wit. Participants in the annual event compete in one or both areas of punning prowess: Punniest of Show, which features individuals performing a pun-filled prepared piece; and PunSlingers, which pits contestants in bouts of spontaneous punning on topic themes randomly selected. The O. Henry Pun-Off is inspired by the writings of famous Austinite William Sydney Porter who, in the late 1800s, began using the pen name O. Henry. Today, the competition keeps his name alive by offering lovers of wordplay a platform for their literary shenanigans in front of a sometimes admiring, sometimes mocking, audience.

The Austin Chronicle Hot Sauce Festival, which began in 1990, has become the world’s largest, drawing as many as 15,000 spectators and more than 350 entries every year. Held at Fiesta Gardens close to Lady Bird Lake and other Austin lakefront homes, the event is not for those who can’t take the heat! In the 23 years since its inaugural event, what began as a small contest has evolved into one of Austin’s biggest annual parties. The event is a favorite among hot and spicy food lovers from all over the country and serves as a major fundraiser every year for the Capital Area Food Bank of Texas. In 2012, the Festival raised over $12,000 and almost 16,000 lbs. of food in a six hour period for the critical food bank stores. Hot Sauce Fest attendees can access the event free with a donation of three healthy, nonperishable food items.

The Republic of Texas Biker Rally, known as the ROT Rally, is the largest motorcycle rally in Texas and the largest ticketed admission motorcycle rally in the U.S. The four-day event is the second Thursday in June and is hosted at the Travis County Exposition Center. The City of Austin blocks off the downtown area for a biker street party on Congress Avenue to kick start the weekend festivities. The rally was established in 1995 and has been an annual event ever since, drawing up to 35,000 visitors. Musical guests who have appeared at the rally include Willie Nelson, Waylon Jennings, Jerry Lee Lewis, Charlie Daniels, Hank Williams, Jr., Brett Michaels, Joan Jett, The Guess Who, Steppenwolf, Ray Wylie Hubbard, and many more. Other spectacles include stunt shows, celebrity bike builders, comedians, and over 350 motorcycle related vendors. The Guinness Book of World Records certified the ROT Parade as the “Longest Parade of Motorcycles.”