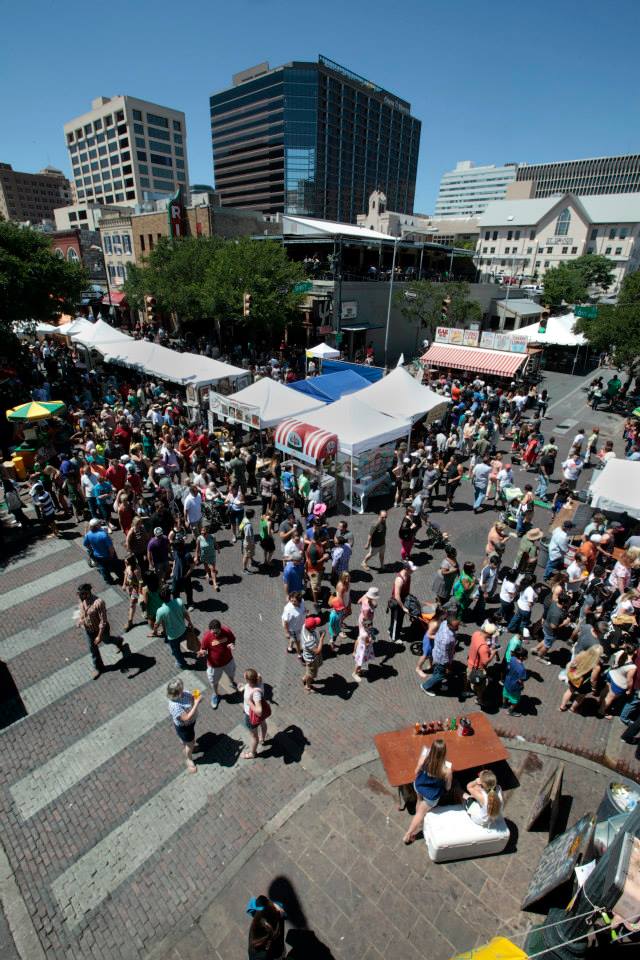 Austinites like to celebrate, whether the reason is urban ecology or a favorite childhood story character! Peppered between numerous music and film festivals, a diligent eye can find myriad events, celebrations, and festivals in town that don’t happen anywhere else in the world.

Austin’s favorite mammal and insect eradicator gets its own festival every summer at the famous Congress Avenue Bridge, in walking distance from the homes in Barton Hills. If weather conditions are right, visitors can witness over one million Mexican Free Tail bats, the largest urban bat colony in the United States, take to the sky to help keep the balance of nighttime insects in check. The bridge is adorned with two stages for live music, more than 75 arts and crafts vendors, food and drinks, children’s activities, a bat costume contest, bats on bicycles, bat conservation groups, and other bat-themed activities. Bat flight times usually begin at dusk, between 7 and 8:30 PM. Their eating patterns can be heavily influenced by recent weather, and a wet season may mean more insects and less need to come out and hunt. When they do, the emergence can last up to a half hour as the bats head out in search of dinner.

Many Austinites are puzzled when asked what Eeyore’s Birthday Party actually is. The festival is named in honor of Eeyore, the beloved character in A. A. Milne’s Winnie-the-Pooh stories, who has had his birthday celebrated in Austin since 1963. The full day spring party and picnic began as an outing for Department of English students at the University of Texas at Austin, organized by Lloyd W. Birdwell, Jr. and other U.T. students. Typically occurring on the last Saturday of April in Austin’s Pease Park close to central Austin’s Tarrytown neighborhood, Eeyore’s Birthday Party has grown into a fundraiser to benefit various non-profits throughout Austin. The event includes live music, food and drink vendors, attendees in colorful costumes (everyone is encouraged to wear one and prizes are offered to the best designs), face painting for children, non-amplified musicians (guests are encouraged to bring their instruments), and very large drum circles. Staying true the event’s namesake, a live donkey and a May pole are always present.

The Pecan Street Festival is the name best recognized for the Old Pecan Street Spring and Fall Arts Festival, a free fine art and arts and crafts festival that takes over 6th Street’s bar district twice a year (6th Street used to be known as Pecan Street). Held every first weekend in May and every last weekend in September, the festival was first hosted in 1978. Today, the show features over 275 artisans and vendors from all over the world who offer homemade art and craft work lined up along 6th street in tents. Artists and artisans sell paintings, sculpture, wood, glass, jewelry, pottery, mosaics, candles, photography, home décor, games, metalwork, and original clothing. Five stages of live music entertain festival goers, along with dance and performing art exhibitions, a children’s carnival, a petting zoo, and art classes. Part of the festival’s mission is to give back to the Austin community, and the Old Pecan Street Association selects several local non-profit organizations to benefit from Festival proceeds every year.

The Texas Book Festival, established in 1995 by then First Lady of Texas Laura Bush and Mary Margaret Farabee, is an annual event benefiting the state’s public library system. The festival aims to promote the joy of reading and honors Texas authors, while inviting authors and illustrators from around the world to the state capital. Taking place in and around the capitol building just steps from towering Austin luxury homes and downtown condos, over 40,000 book lovers attend the Festival annually. Attendees can enjoy author readings in outdoor tents and in House chambers, watch presentations and cooking demonstrations, engage in panel discussions, attend book signings, dance to live music, enjoy local food, play at children’s activities, and purchase books from local book sellers like Book People.