Music may be king in Austin, but film is queen. Notable names in pictures like Trouble Maker Studios anchor the filmmaking scene, and organizations like the Austin Film Society promote the art of film within the city every day. Film festivals, spread throughout the year, attract producers, actors, special effects crews, screenwriters, critics, fans, and more to Austin every year, allowing Austinites their own avenue to premieres and stars. 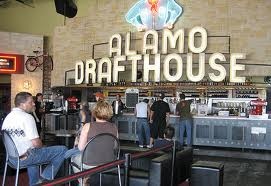 Fantastic Fest is an annual September film festival founded in Austin in 2005 by Tim League of the Alamo Drafthouse, Harry Knowles of Ain’t It Cool News, Paul Alvarado-Dykstra, and Tim McCanlies, writer of The Iron Giant and Secondhand Lions. The festival specifically focuses on genre films that include horror, science fiction, fantasy, action, Asian, and cult, and is the largest genre festival in the U.S. Traditionally held at The Alamo Drafthouse on South Lamar, close to Barton Creek neighborhood homes, the festival spans eight days and hosts screenwriters, directors, and actors, both well established and unknown. Recognizable past premieres include There Will Be Blood, City of Ember, and Zombieland. Fantastic Fest was listed as one of the “10 Film Festivals We Love” in 2007 by Variety president and publisher Charlie Koones.

The Austin Film Festival & Conference, held in October every year, was founded in 1994 by Barbara Morgan and Marsha Milam to celebrate the art of storytelling through film. The Festival is known for championing great work from legendary, contemporary, and rising talent with a focus on screenwriting. Meant to recognize the writer as the core of the creative process in filmmaking, the festival screens high caliber narrative, documentary, and animated films, as well as premieres, advance screenings, and independent films. The festival originally consisted of the Heart of Film Screenwriters Conference, a forum for craft development, inspiration, networking and launching careers created for screenwriters; it has since grown to serve all filmmakers and Austin’s arts community. The Film Festival & Conference was the first event of its kind to take the lead in bringing professional and amateur screenwriters as well as filmmakers together to celebrate the role of the screenplay in filmmaking and discuss the considerable creative possibilities of writing for film and television. Equally important, the Conference brought producers, agents, and screenwriters together to foster the sale of screenplays and launch long-term successful careers. The festival attracts film creators and lovers from all over the world, and contributes an average of $8 million to the local economy annually.