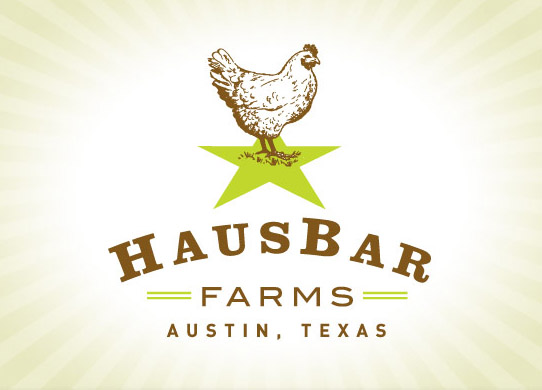 Hausbar Farms is a two-acre East Austin urban farm that is home to two donkeys, a goat, two humans, tons of vegetables, a Doberman Pincher, an African Grey Parrot, a Meyers Parrot, a cockatiel, hundreds of chickens, fresh air, and sunshine. Dorsey Barger, a co-owner of Eastside Café, a popular restaurant that uses only locally sourced produce, took over the café’s organic garden, and a passion for growing food blossomed. In 2009, Barger and her partner, Susan Hausmann, bought acreage on Govalle Avenue for their own urban farm.

The Govalle property came furnished with three former crack houses, and a lot to be desired. Buying a home that is turnkey with beautiful landscaping, like those in River Place, is an adventure unto itself, but a hazardous property is both an adventure and hard work. Undeterred, Barger and Hausmann brought in a charming cottage that now serves as a guest house, built their dream house at the back of their property, and built a chicken coop, donkey pen, and rabbit warren alongside a large and innovative organic garden. The farm houses over 300 hens both for eggs and meat, that are sold to local restaurants as well as at the Boggy Creek Farm stand. Barger also gives tours to anyone interested in learning about farming. Austinites eager to start their own backyard gardens in neighborhoods like Great Hills and Travis Country can learn a lot from Barger’s endeavors and trial and error in gardening over the years.

The farm also has a reputation for its recycling, composting, and commitment to zero waste initiatives. All of the garden beds were hand dug, and no gas-powered tools are used. Compost bins exist for the organic matter that can be broken down by worms and the matter left over from chicken slaughter that can be broken down by black soldier flies. In short, nothing is wasted. Composting is becoming popular across the city, with local farmer’s markets offering composting lessons for Austin homeowners or those starting a new Austin home search. To learn more about Hausbar Farms, stop by most days or take part in the East Austin Farm Tour that is held every spring.