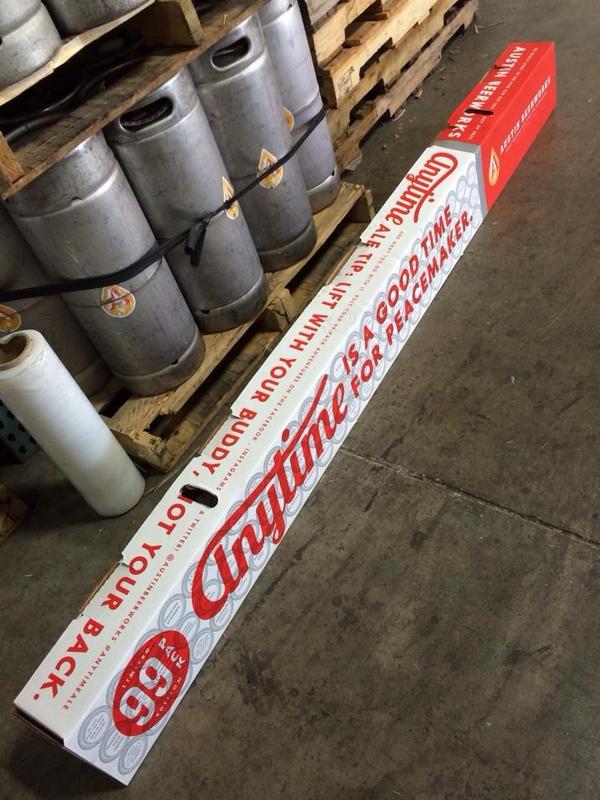 Six-pack? 12-pack? Maybe somewhere other than Texas. An Austin brewery has found the perfectly proportioned package of beer in its new seven-foot, 99-pack box, which is, by all accounts, the world’s “first and only” 99-pack of beer. At 12 ounces each, that’s over half a keg’s worth of beer – and a mighty heavy (82-pound) box that takes a few folks to carry and may or may not fit in your car, at least conventionally.

Austin Beerworks released the limited edition $99 package in conjunction with renaming its original ale, Peacemaker Anytime Ale. While this may sound like a joke or a piece for the The Onion, Austin Beerworks commented: “Is it a joke? Yes. Is it real? Also yes.” 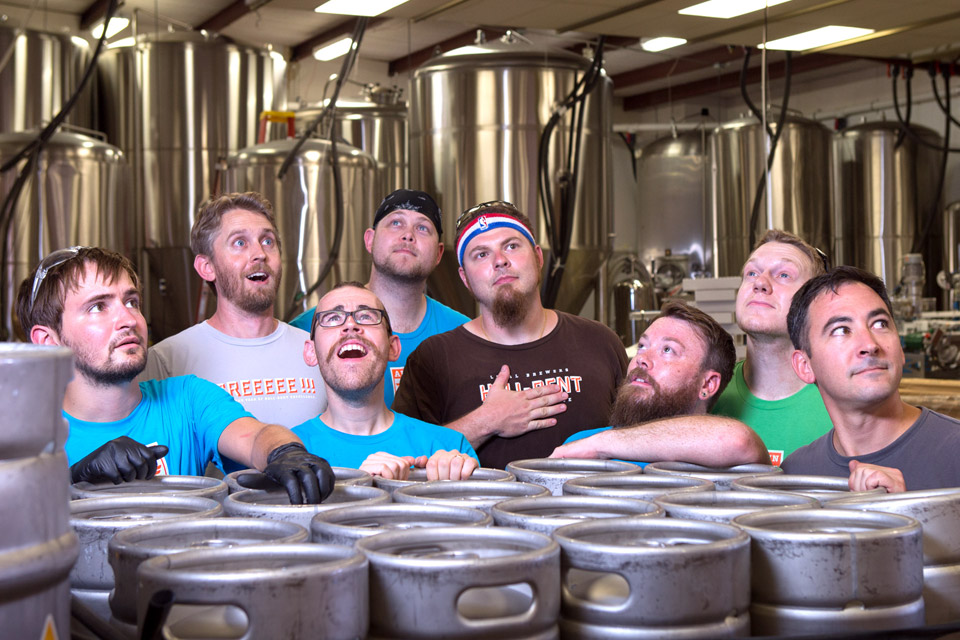 The 99-pack is only available with Peacemaker Anytime Ale, but Austin Beerworks brews four beers, including Fire Eagle American IPA, Black Thunder German Schwarz, and Pearl Snap German-Style Pils. An eclectic group of Austinites with “backgrounds ranging from military, hair styling, pro disc golf, corporate finance, and some it’s probably best not to discuss publicly,” they are joined by their “deep love and knowledge of craft beer.” 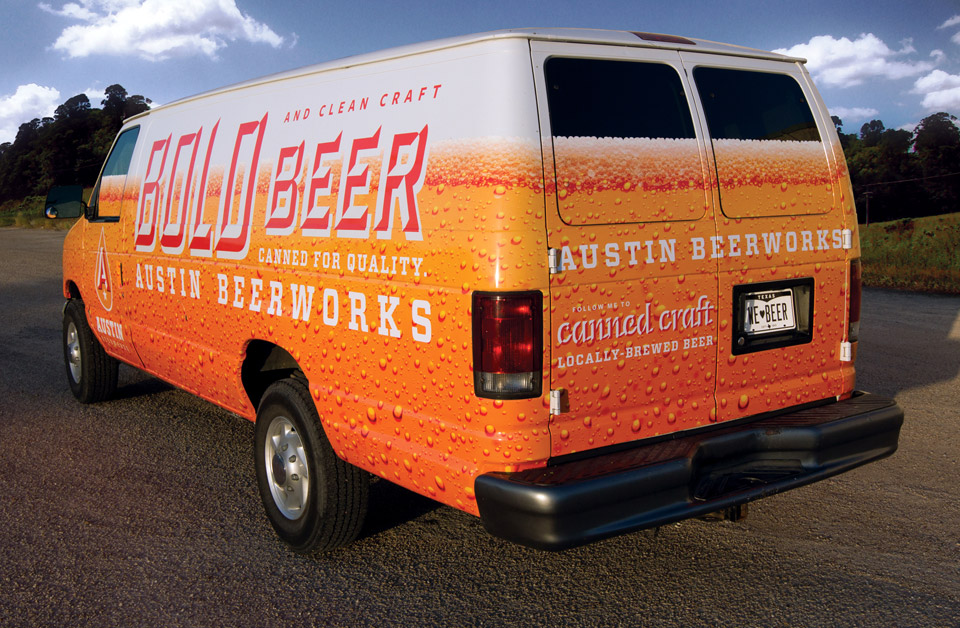 With a northeast Austin location, Austin Beerworks is open every Thursday from 5-9 p.m., Friday from 5-10 p.m., Saturday from 1-7 p.m., and Sunday from 1-6 p.m. “There’s nothing like drinking our beers fresh out of the tank. Sure it’s 103 degrees and you’re standing on a concrete floor next to a hot tank and velvet painting of Sloth from the Goonies – but don’t forget that drinking out of the tank thing. It’s more than worth it. You’ll see.”

Find out about tastings on their Events page.

Meanwhile, if you’re in search of the 99-pack, they were delivered to numerous Austin grocers, such as Whole Foods, Wheatsville, and HEB – but the limited time promotion means they may not be there for long! While beer can’t ship outside of Austin, Austin Beerworks will be making more of the promotional size cartons, and they remind consumers to practice beer safety: “Lift with your legs, not your back.”