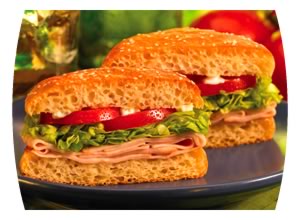 Austinites are innovators on every level, and food is one example where the city makes a name for itself on the international stage. Schlotzsky’s, founded in Austin in 1971, has grown from a small sandwich shop on South Congress Avenue near the Olympic Heights neighborhood to an internationally recognized franchise and now has plans to open 61 new stores.

The new locations will be opened in Orange County, California, Arizona and Minneapolis, Minnesota. This is the largest multi-unit deal in a single period in company history. Under the Schlotzsky’s family name, some of the new locations will be Cinnabon and Carvel restaurants. “It’s great news both for the brand and the city when an Austin business expands,” said Austin Realtor Brian Talley. “It brings recognition, money, and jobs into the city, which all contribute to the great quality of life here in Austin.”

In California, 25 of the new stores will belong to John Fehmer and Anastasia Rusakov. Gene Denison will open 30 tri-brand stores across Arizona. In Minneapolis, Loren and Kathy Fliflet will open six tri-brand locations.

Schlotzsky’s was acquired by Focus Brands Inc. in 2006, and business has been on the upswing since then. Currently, the company operates about 350 stores worldwide with plans to grow to between 600 and 700 locations by 2015. In the past two years, Schlotzsky’s has undergone an aggressive rebranding process with new store designs and signage, which have helped contribute to the company’s success. Austin has eight Schlotzsky’s restaurants to serve residents, from as far north as Falcon Pointe, through the south towards the Village at Western Oaks.