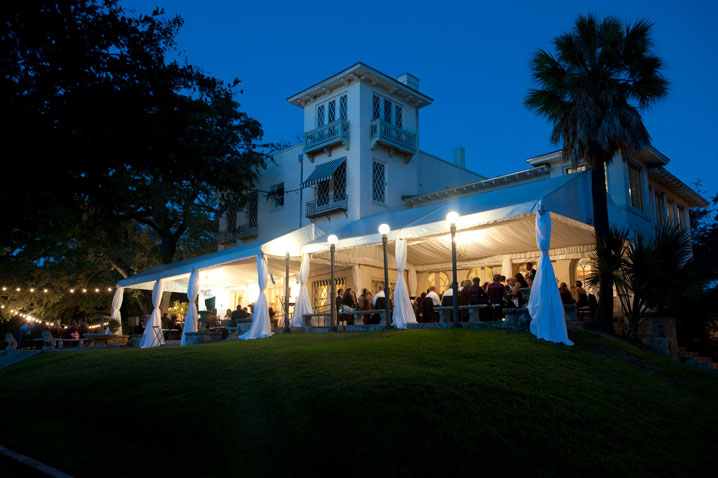 Austin may have a reputation as a music and technology hub, but it is also the cultural center of Texas, with an array of art museums and art programs open to the public. Fans of the arts also have the opportunity to host special events, such as cocktail parties and private weddings, at some museums, drawing upon their current exhibitions to enhance the ambience.

The Austin Museum of Art, located in downtown Austin, features innovative exhibitions, educational opportunities, and interpretive programs for audiences from all backgrounds to enjoy. First established in 1961 as the Laguna Gloria Art Museum at the estate of Clara Driscoll, the museum took up residence downtown in 1996. The museum features four to six major exhibitions a year with works from painters, photographers, videographers, and sculptors, and has a revolving education program that focuses on twentieth-century and contemporary art. The museum still operates in its original West Austin location close to lake front luxury homes, as well. The Austin Museum of Art-Laguna Gloria has an onsite art school, exhibitions, and beautiful grounds with wandering peacocks that make the estate popular for events like weddings and parties.

The Blanton Museum of Art

Part of The University of Texas at Austin and located in the heart of campus, The Blanton Museum has a permanent collection of over 17,000 works. The museum’s home collection features European paintings, prints and drawings, and modern and contemporary Latin American and American art. First established in 1963, the museum found its new home in 2006 after a gift from the Houston Endowment enabled construction of the 155,000 square foot facility. The museum also showcases traveling exhibitions that change two to four times a year and hosts B Scene, a night of art, cocktails, and music the third Friday of every other month.

First founded in 1983, the Mexic-Arte Museum works to educate the public and promote the works of traditional and contemporary Mexican and Latino artists from the state of Texas, around the U.S., and from Mexico and Latin America. The museum took up residence in Downtown Austin in 1988, and has been a staple of the Austin art scene ever since. A primary program of the museum’s cultural engagement offerings includes The Diversity and Emergence Series, which provides exhibition space for new and upcoming talent, as well as experimental works.

While not a traditional museum, the East Austin Studio Tour is a popular event that merges local flavor with upcoming and talented local artists who make their home in East Austin neighborhoods not far from central neighborhoods like Barton Creek. The free, self-guided tour allows visitors to bike, walk, or drive between studios, exhibition spaces, pop-up shows, and art centered events. The tour typically lasts one week in November. Artists’ homes and studios are marked by an interactive online map or tour book and are open for visits between 11am and 6pm. During the week, groups host special installations, performance pieces, creative programs, art parties, and site-specific projects to add to the excitement of the studio tours.

Read about other Austin Museums.
Return to Moving to Austin.