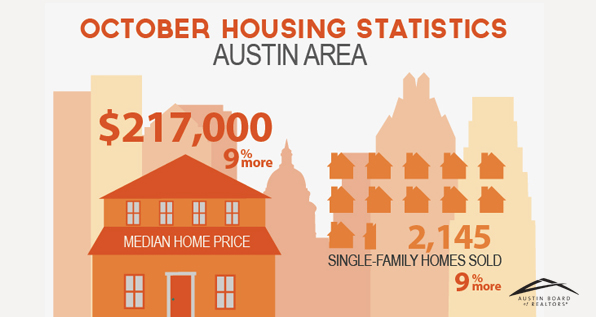 All across Austin, homebuyers spent more this October than they would have spent last October purchasing homes. According to the Multiple Listing Service report released by the Austin Board of REALTORS®, home sales and prices each rose nine percent in October 2013.

According to the report, the median price for Austin-area homes, from Lakeway to Falcon Pointe, was $217,000, nine percent more than the previous October. Interestingly, home sales also were up nine percent from the same month last year, with 2,145 single-family homes sold.

“Given the last year of steady sales volume and home price increases, many have begun to wonder if Austin is in a housing bubble,” said Cathy Coneway, President of the Austin Board of REALTORS®. “This is not the case. Industry experts say the growth of Austin’s housing market has been fueled by true demand, not speculation.”

Coneway said Austin’s high growth rate, which is estimated at 150 people per day, is the primary reason for the continued increases in home prices and sales. 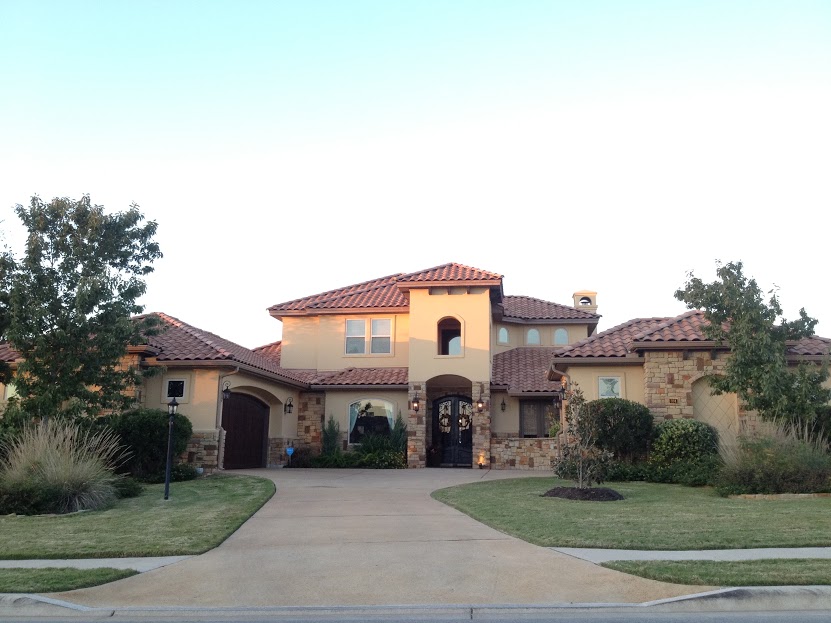 Finally, October’s inventory fell to a historically low level of 2.5 months. That number was first reached in January 2013 and is approximately one month less than the previous October. Homes spent an average of 48 days on the market in October — a decrease of 20 days from last year.