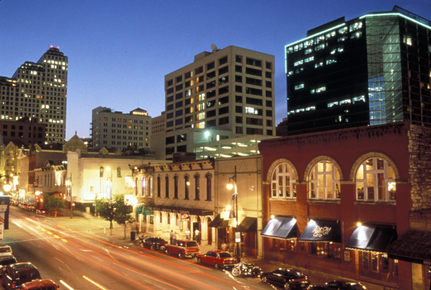 Dashboard cameras have long been an important tool in police officers’ arsenals, but cameras aren’t a luxury officers who work outside of cars typically have. Until now. Austin Police Department has become more high tech, thanks to new body cameras that bike and walking beat officers will wear during the downtown night shift. They’ve been testing a wide variety of cameras since this spring and finally have settled on one that meets their needs.

Unfortunately, the department didn’t have the funds to make a bulk purchase, which left them having to wait a couple of years to get the cameras – or officers could purchase their own for around $60. But – local news station KVUE ran their story, and APD caught a lucky break. The spokesperson for Austin-based security company Protect America was watching the newscast and got her company involved. Now, through their service campaign, Protect America Cares, the company purchased cameras for 50 downtown police officers and may be able to continue helping APD, as well as other departments in the area.

These initial 50 cameras will be a great help in fighting crime in Downtown Austin, making it a safer place for visitors, locals, and downtown homeowners. The cameras also will make being on the streets safer for the officers, as cases will be more easily prosecuted with evidence that shows no malfeasance on the part of the officer.

If you’re looking for an Austin home for sale in the increasingly safe downtown area, one that is near our great dining and entertainment, you’ll want to reach out to Austin Realtor Brian Talley. He can help find a dream home that is both safe and fun.