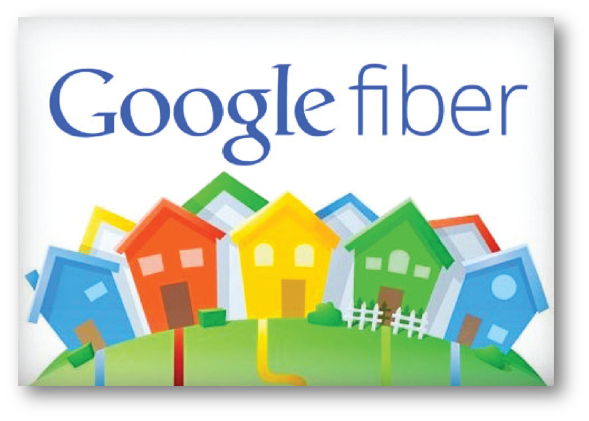 The Austin Board of REALTORS® 2013 Realty Round Up brought 150 exhibiting companies and 2,000 real estate professionals to Central Texas’ largest real estate trade show. At this year’s sold-out event, the head of Google Fiber Austin presented a highly-anticipated update on the implementation of “Fiberhoods” for Austin-area homes from Lost Creek to Shady Hollow.

While tight-lipped on the specific details of the Google Fiberhoods implementation, Mark Strama, a former member of the Texas House of Representatives who now heads up Google Fiber in Austin, confirmed the Gigabit Internet service will begin to roll out in mid-2014. Whether residents live in Northwest Austin homes or Southwest Austin, Strama instructed residents who want the service to drive demand in their community.

“You can have an impact on whether [it] qualifies or not,” Strama explained. “In Kansas City, the first city that [Google Fiber] has been deployed, people put signs out in their yards promoting the adoption of the service in their neighborhood. There’s a reason Google Fiber wanted to be in Austin. This is a market where we have seen an incredible appetite for this service. I would love to see Austin outpace Kansas City in those adoptions,” encouraged Strama.

Along with his update were featured keynote speeches by Formula One racing legend Derek Daly and economist Dr. Jim Gaines of the Texas A&M Real Estate Center, plus demonstrations of the latest real estate technology trends.

According to Dr. Gaines, the Texas economy is continuing to outpace the rest of the country. Its economic success has led to a significant population increase in the past decade, and Gaines projected that, over the next three decades, the total population of Texas will increase by 30 million people. This influx of Texas residents, he stressed, will continue to put a strain on the housing supply. This potentially could affect home affordability, particularly in Austin.

World-renowned racing figure Daly concluded the event. He shared insight on how real estate professionals could take their business across the finish line, emphasizing that self- and team-improvement is essential for obtaining goals. The best racers in his sport have the best teams behind them, he said, and real estate is no different. Daly also shared that most successful racing teams look for ways to think differently and change the game—something that also could directly impact the success of real estate agents.

Each year, Realty Round Up brings real estate professionals and affiliates together, allowing hundreds of networking opportunities for its thousands of attendees. This year’s Round Up gave participants an exclusive first-glimpse of what to expect when Google Fiber hits Austin. If the event’s theme is any indication (“Racing to the Future,”) the coming year holds much promise. “Stick it into a higher gear as you race into the future,” advised Daly.

When Realty Round Up returns to the Palmer Events Center next fall, it will take attendees around the real estate world with an internationally-themed event. Mark your calendar to attend October 15, 2014. Registration, exhibition, and sponsorship opportunities will be available in the spring of 2014.

The Austin luxury REALTORS® at Regent Property Group support the educational opportunities organized by The National Association of Realtors®, like Realty Round Up. Regent PG helps Austin-area buyers round up the best homes on the Austin market. Interested in a home in Circle C? Consider Regent.