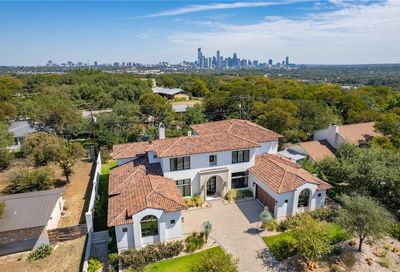 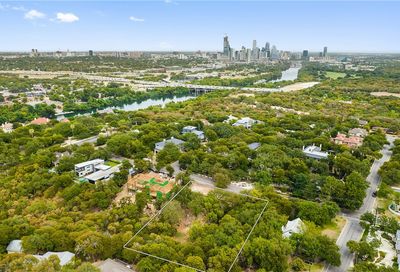 Rollingwood is nestled within the heart of Austin and consists of approximately 500 homes and 1,500 people. The atmosphere in Rollingwood is as its name describes – lushly wooded, rolling hills creating a beautiful setting for residential living. Rollingwood as a community originated in the 1950s and incorporated in 1963 with a mayor/council form of government. The city is self-sufficient and offers police, fire, EMS, court, and other services within its municipality.

“Walking distance to Zilker Park, cool neighbors, missing the MoPac traffic, and being able to ride your bike to downtown” are perks that make living in Rollingwood ideal for Robin Smith.

Resident Debbie Dillion said it’s the people who make the neighborhood. “There is an old timey feel, as kids can still rides their bikes, be outside, and we love the pool,” she said. Dillion described Rollingwood as “a very tight knit community with a lot of families and kids.”

Rollingwood is an architecturally eclectic community with a mix of traditional and classic styles, modern renovations keeping original architectural integrity, contemporary designs, and new construction homes. While styles can vary greatly, the quality of homes in Rollingwood tends to be exceptional. Home square footages vary greatly, from under 2,000 square feet to over 10,000 square feet. Rollingwood is considered one of the more expensive parts of the Austin area, with many luxury homes selling over $1 million. Areas within Rollingwood include Dellana Hills, Hatley Park Estates, Rollingwood Park Estates, The Groves of Rollingwood, Timberline Ridge, Timberline Terrace, Inwood Cove, and Village at Treemont.

Homes often have beautiful tree canopies and, as such, are subject to Rollingwood’s Oak Wilt protection ordinance, which restricts residents from pruning live oak trees during certain times of the year.

Deborah Kylar and Robin Smith enjoy the spacious lots and trees in the centralized location and are not surprised at times to see deer in the driveways, as trees and wooded lots are enjoyed by residents and local wildlife alike in this community.

Rollingwood is an active city, with numerous community events.

The city hosts an Annual Easter Egg Hunt, National Night Out, and a Meet the Candidates Forum.

The Rollingwood Women’s Club organizes an annual Fourth of July parade and, for over 30 years, has hosted an annual Wine and Cheese social.

Visit the Rollingwood Neighborhood Association for more events and news.

Rollingwood is in central Austin and is bounded to the north by Lady Bird Lake and Redbud Trail, to the west by Westlake Drive, to the south by Bee Cave Road, and to the east by MoPac (Loop 1.) It is about three miles from downtown Austin. Rollingwood is in MLS area 8E and in the 78746 zip code. Rollingwood is in the prestigious Eanes Independent School District.

While outside its boundaries, Zilker Park and the Austin Nature and Science Center are close to the homes of Rollingwood. Zilker Park, along with the Botanical Gardens and the Hike and Bike trail, feeds into Rollingwood via Stratford from the south, giving Rollingwood a direct link to downtown. Rollingwood also is moments from spring-fed Deep Eddy Pool.

There are no golf courses within Rollingwood, but Austin Country Club, Lost Creek Country Club, and Lions Municipal Golf Course are within minutes.

The Loop 360 Boat Ramp is the closest ramp to Rollingwood.

Bee Cave Road, to the south of Rollingwood, offers many stores, restaurants, services, and even medical facilities. Across MoPac are more offerings, such as on Barton Springs Road and Lamar.

The Shops at Mira Vista is a popular destination for those living in Rollingwood. At the southwest corner of Bee Caves Road and Edgegrove Drive, the center is anchored by Trader Joe’s grocery and also is home to such retailers as Panera Bread Company and Nothing Bundt Cakes. West on Bee Caves are more options, like Chipotle, Jason’s Deli, Randalls, HEB, and Las Palomas.

Further west on Bee Caves Road at Capital of Texas Highway is the Villages at Westlake. Residents can dine at La Madeline or Izumi Sushi, stop for a quick bite at P.Terry’s, refuel at Starbucks, and then shop at many retail establishments, such as Office Depot, Woofgang Bakery and Grooming, and Provencal Home & Garden.

A few minutes south of Rollingwood is Barton Creek Square Mall, with a Nordstrom’s, Dillard’s, Macy’s, and almost 200 other stores, plus a movie theatre.

Nearby One World Theatre hosts world-renowned performers in its green-built Tuscan style venue. Voted “Best Wedding Venue” by Austin 360 readers, the theatre off Bee Caves Road is known for its beautiful hill country views and setting.

A short drive away to downtown Austin, Rollingwood residents will find the Frank Erwin Center, the Blanton Museum, The Long Center for the Performing Arts – even the University of Texas football stadium.

Westbank Library, just down from Westlake High School, is the closest library to Rollingwood. Laura Bush Community Library (Laura’s Library) and the downtown main library are also close to Rollingwood.