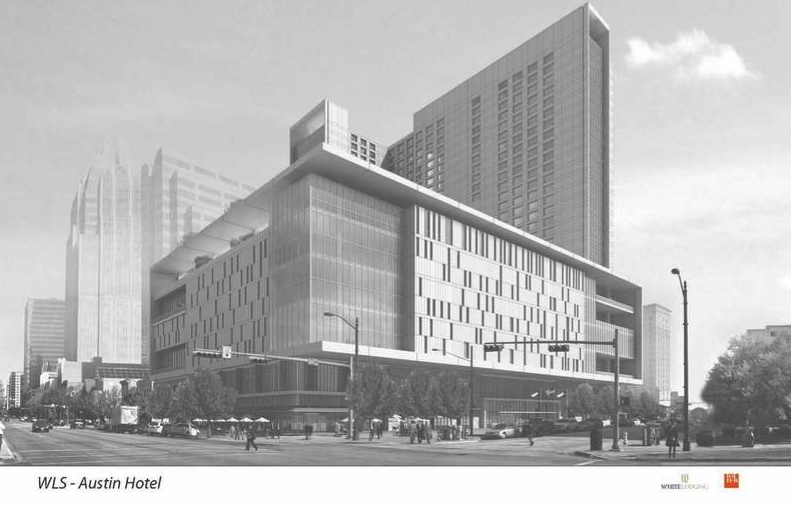 Austin has felt the crunch of too few hotel rooms during major events like South by Southwest and Austin City Limits, but two major hotel projects are in the infant stages of development for downtown Austin that would vastly increase Austin’s ability to host out-of-town guests. The first hotel, a JW Marriott to be built by White Lodging Services Corp., will take up most of the block on Congress Avenue between Second and Third streets, with a 33-story tower rising along Brazos Street. Homeowners with views of downtown, like those near Lake Austin, in Eanes ISD, or in Rob Roy, will get to see the Austin skyline become increasingly more intricate.

The JW Marriott hotel will be one of the largest downtown developments in Austin’s history, with a budget that could exceed $300 million. The hotel is slated to see construction begin in August, and will start with a three-story underground parking garage with spaces for almost 460 vehicles. The hotel itself will have 1,012 rooms, the largest the company has ever built. In addition to adding a host of rooms to Austin, the building will also add 2,500 construction jobs over two years, plus 750 permanent jobs upon opening. The hotel is expected to generate $5.5 million in taxes for the city, annually.

The hotel will have two restaurants, one at Congress and Second and one at Brazos and Second. There will also be a walk-up burger or taco bar, but the real draw for conventions and crowds will be 110,000 square feet of meeting and banquet space. “Austin’s reputation as a great place to live and visit is known world-wide,” said Austin realtor Brian Talley. “Groups from around the world would like to host conventions in the City, and more hotel space will make that possible, which is great news for everyone who lives and works in Austin.” 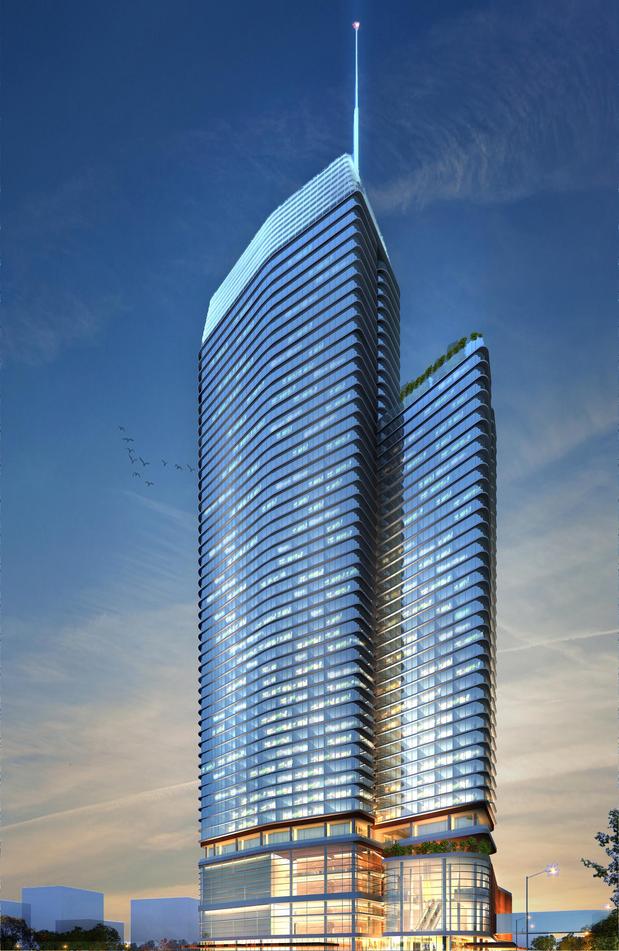 The second hotel planned for downtown is proposed by the Manchester Texas Financial Group, and would be a $350 million high-rise hotel with about 1,000 rooms. This hotel would be built on land east of the convention center along Waller Creek. The two new hotels, along with the Hyatt Place currently under construction, would increase downtown’s hotel room count from 6,000 to more than 8,330 rooms.