That Southwest Austin Habitat Could Have Fooled A Buffalo

Southwest Austin was all-abuzz about buffalo recently, when strange tracks were found at Lady Bird Johnson Wildflower Center, an expansive 279 acres close to the Circle C neighborhood with a habitat emulating natural Texas grasslands. Wildflower Center employees were thrilled the habitat seemed natural to the grass-eating buffalo (technically a bison but commonly known in the U.S. as a buffalo,) whom they named Liberty. 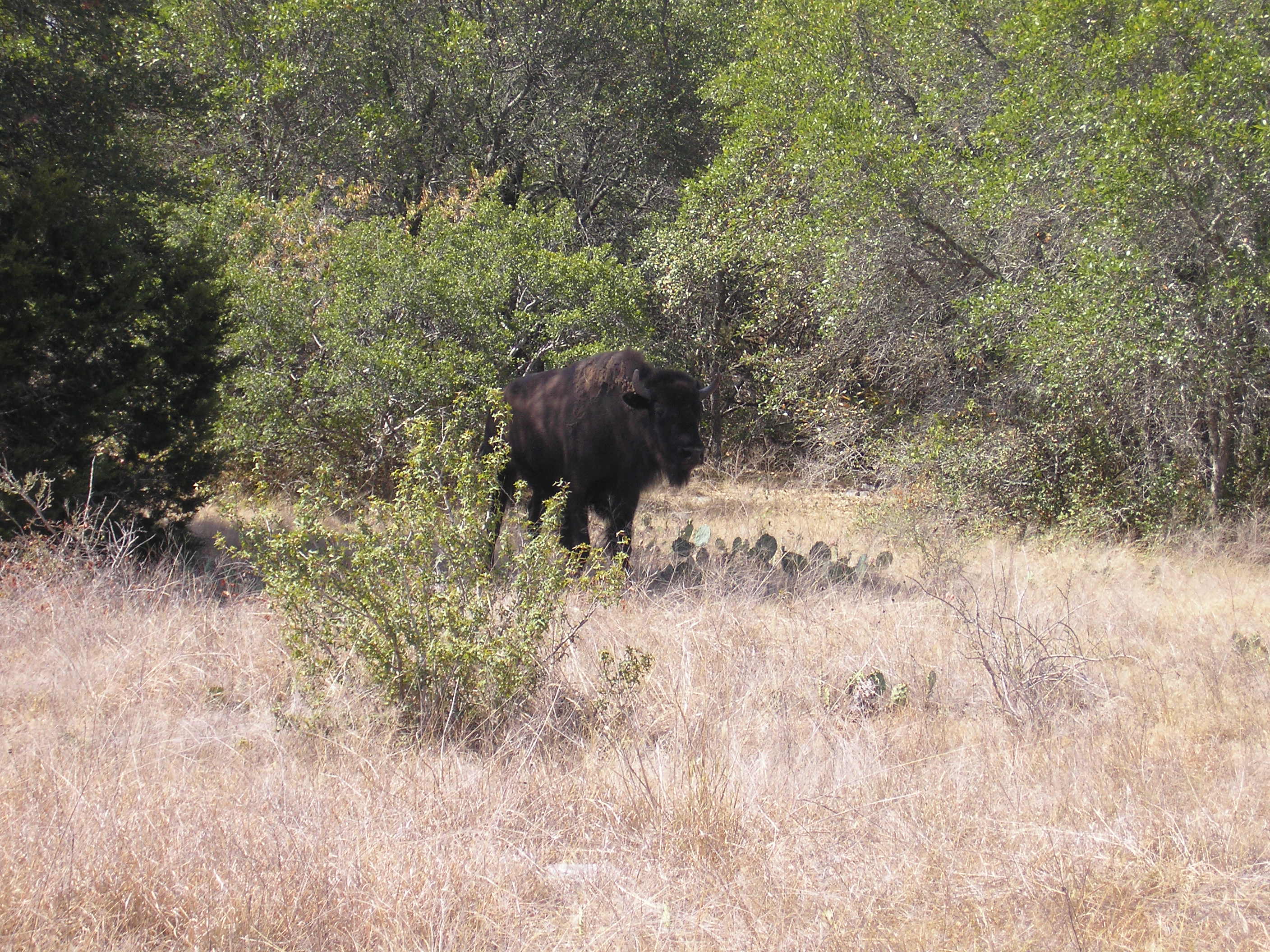 “We were happy to provide sanctuary for Liberty as she sought her freedom at the Lady Bird Johnson Wildflower Center,” said Dr. Damon E. Waitt, Senior Director & Botanist at the Center. “Water, forage, cover and room to roam … everything an America Bison could want or need!”

Several days were dedicated to the capture and safe return of Liberty to her home at a ranch in nearby Manchaca, Texas. The search for Liberty was thorough, including a helicopter swooping over Southwest Austin and a call for a number of extra Wildflower employees’ aid. Two mornings, her tracks were found near the Center’s Butterfly Garden pond.

Austin-area nightly newscasts featured the spotting of Liberty and included updates each passing day she was roaming the grounds of the Wildflower Center. The news coverage that Liberty received created quite a stir amongst Austin residents. Jana Nelson, a resident and homeowner in South Austin, wished the area had more rain before Liberty’s break-out from her home. “I think Liberty made a great addition to the sights at the Wildflower Center,” Nelson said. “I wish it would have rained, giving her more pretty flowers to enjoy.”

Finally, on August 12, Liberty was found, tranquilized, and safely returned home. The citizens of Austin were relieved to see Liberty had been returned but were also sad to see her leave the spotlight, as she added a distraction from the nightly weather forecast of temperatures ranging from boiling to microwaved. And Liberty brought a new wave of excitement to the Lady Bird Johnson Wildflower Center – even as the resident pretty flowers were enjoyed.

Austin luxury home Realtor Brian Talley knows that Austin’s natural resources are part of what we love about living in Austin. If you are interested in living in Austin, perform an Austin Home Search on his Regent Property Group website.