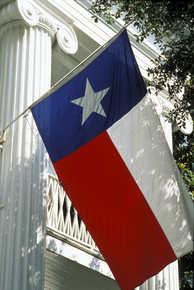 It’s official: Texas governor Rick Perry has thrown his ten gallon hat into the political ring, making him another in the long list of Texans who have sought to sit behind the desk in the Oval Office, including George W Bush, George HW Bush, Lyndon B Johnson, Ron Paul, and Ross Perot. His official announcement came a bit late in the race on August 13, during a speech in North Carolina.

If Perry is elected, Lieutenant Governor David Dewhurst, who will act as Governor while Perry hits the campaign trail, would slide right in to fill those gubernatorial shoes, just like Perry did when George W Bush was elected to the presidency in 2000.

What would be different for Perry if he headed from the seat of Texas politics to the mecca of US government in Washington, DC?

He would be trading the 8,920 square feet of the Governor’s mansion, a luxury home with a rich history located in the heart of downtown Austin, for the 55,000 feet that make up the White House Complex. Both buildings have seen their fair share of reconstruction, as both have experienced devastating fires in the past.

He will likely not be asking Ted Nugent, a close but controversial friend, to play at his inaugural ceremony, like he did in 2007.

He’ll have to trade his morning runs on the Lady Bird Lake Hike and Bike trail in central Austin for runs along the National Mall or Capital Crescent Trail.

He’ll probably have less time to attend football games at his alma mater, Texas A&M, but then again, it’s hard to keep a true Texan away from the game. Surely they’ll at least have cable so he can watch it during a White House lawn barbeque.

If elected, Perry, his family, the state of Texas, and the entire nation will have to adjust to a lot of changes. Only time will tell if another Texan will make it to the position of Commander in Chief, so soon after the last one.

While Austin luxury home Realtor Brian Talley has never sold the Governor’s Mansion, he sure knows all about Austin‘s luxury real estate market! If you are interested in upscale living in Austin, perform an Austin Home Search on his Regent Property Group website.