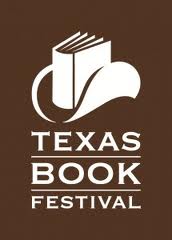 The Texas Book Festival packed the Capitol building and many other famous Central Austin spots this weekend with its annual hosting of authors, comedians, cooks, and more. The festival took place October 21-23 and hosted an array of authors including Susan Orlean, Patrick McGilligan, and Lawrence Wright. There were tents set aside for kids with activities, entertainment, and, of course, books read aloud. The venues for the events included parks in and around downtown, Chamber rooms of the Capitol building, the Paramount Theater, First United Methodist Church Sanctuary, Alamo South Lamar, and Alamo Ritz.

Authors weren’t the only speakers of the weekend. Saturday Night Live star Molly Shannon hosted the Paramount Theater on Saturday night and spoke about her new picture book “Tilly the Trickster”. Sunday morning cook Paula Deen also shared about her new cookbook at the Paramount Theater. The Cooking Tent, sponsored by Central Market, hosted many demonstrations and talks from cooks and chefs who released new cookbooks this year. The Texas Book Festival honored Austin’s title as Live Music Capitol of the World by hosting a music tent with native Texas artists and Austin regulars like Marcia Ball, Terri Hendrix, and Lone Star Swing. 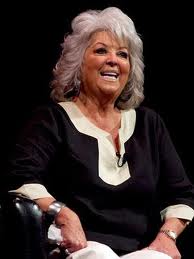 The CSPAN and BookTV tent brought many bibliographers and journalists who spoke about current politics. Perhaps one of the most attended events was the “Literary Death Match” where four readers were asked to “perform their most electric work” in seven minutes. One of three judges was acclaimed author Chuck Palahniuk whose phone rang during the competition. Palahniuk answered his phone, cupping the receiver to the microphone only to say, “It’s God”.

The Texas Book Festival occurs every fall at the Capitol building and surrounding Austin areas. If you are a bibliophile and would like to help “Keep Austin Reading” or live in a place where reading is a priority, perform an Austin Home Search and let Austin REALTOR® Brian Talley help you find the perfect home.