The founders of Halfsies want to help you take action in the fight against local and global hunger by eating less and giving more.

“Halfsies is a social initiative that connects the dots of 3 major food-related issues in our world today – oversized food portions, excessive food waste, and hunger – with one simple choice,” according to their company info, along with a mantra, “Eat less. Give more.”

The idea is simple: Restaurant-goers can choose the “Halfsies” option at participating restaurants to receive half of the meal portion while still paying the full price. Proceeds from the other half go to donations for local and global nutrition initiatives.

With a formal launch in Spring 2012, participating restaurants are expected in all parts of Austin, including neighborhoods such as Westlake and Travis Country. Halfsies began in Central Austin in 2011 and is expanding this year to Brooklyn, NY. 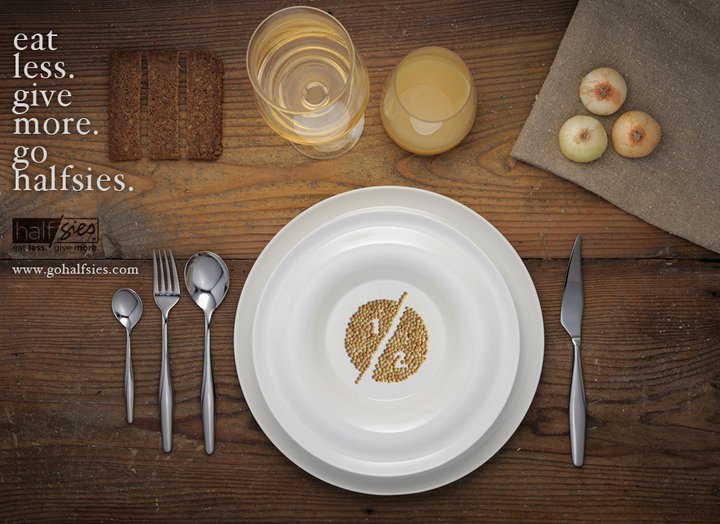 Donations are split into three categories: Local, Global, and the Halfsies Fund. Sixty percent of donations go to institutions helping with local issues, such as food insecurity, food rescue and waste diversion, and homelessness. The global portion makes up 30% of total donations, which helps orphans and vulnerable children eat well. The last 10% of donated funds goes into the Halfsies fund, which covers the administrative and operating costs of Halfsies.

Halfsies provides healthier meal portions for patrons, reduces waste, and supports global nutrition. By offering this option, Halfsies gives restaurant-goers the choice to make a change in their own diets, as well as create change in the community and the world.

To get involved with Halfsies, visit the Halfsies website. Halfsies is looking for volunteers, donations, and sponsorships. If you live in Austin, own a restaurant in Austin, or are thinking of opening one, consider partnering with Halfsies to fight local and global hunger.