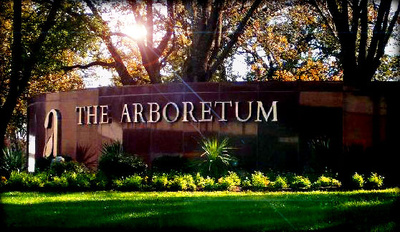 Austin offers eclectic shopping options throughout the city, with unique stores and local boutiques speckled across the map, and major national stores anchoring several large shopping centers, including the Arboretum, the Domain, Lakeline Mall, Barton Creek Mall, and Hill Country Galleria. These centers create a relaxed atmosphere where Austinites can park and leave their car to browse for books or tennis shoes, grab a cup of coffee, and have dinner at an upscale restaurant. Below are a few major shopping centers found in the city:

The Arboretum, close to the Great Hills neighborhood, is an upscale, open air shopping mall with a cluster of restaurants, stores and boutiques. The park-like setting is home to more than 40 shops and restaurants, with a strong tenancy of retailers such as Pottery Barn, Barnes & Noble, Z Gallerie, The Gap and AZIZ Salon and Day Spa. Shoppers can stop for something to eat at places such as the Cheesecake Factory, Five Guy’s Burgers, and the newest addition, Blue Baker. The Arboretum is settled on the corner of southbound 183 and Great Hills Trail and is named for its collection of oak groves, which provide a canopy of shade throughout the year. 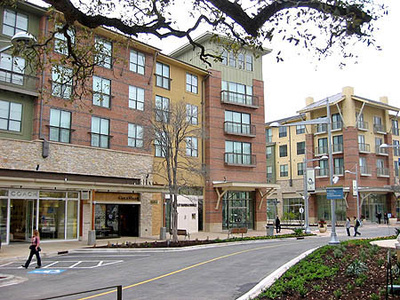 Lakeline Mall, located in north Austin on the border of Cedar Park and close to the Falcon Pointe neighborhood, is anchored by Dillard’s, JCPenney, Macy’s and Sears. The mall also includes more than 150 specialty stores and a 9-screen Regal Theatre. Lakeline Plaza and Lakeline Village are located adjacent to Lakeline Mall and offer an additional 10 anchor stores, including Best Buy, Old Navy and TJMaxx, plus over 20 other specialty stores. Surrounding restaurants include Chili’s, Applebee’s, Texican Cafe and Plucker’s.

Barton Creek Square Mall has more than 170 specialty shops, ranging from fashion to jewelry to sporting goods. The indoor shopping mall has a 14-screen AMC IMAX theatre, and is anchored by a multi-story Nordstrom. It also includes an Apple Store, Forever 21, Sephora, and Pottery Barn Kids. Restaurants include a California Pizza Kitchen, Nordstrom Bistro Café, and a full food court. The mall is located at the intersection of Loop 1 (Mo-Pac) and Loop 360 (Capital of Texas Highway).

Located off Bee Caves Road and close to Lakeway neighborhoods, the Hill Country Galleria offers 152 acres of eclectic shopping, dining and entertainment, as well as upscale office and residential space. Surrounded by a nature preserve that is dotted with wildflowers, trees and rocky streams, Hill Country Galleria is a lifestyle center that offers over 90 retail and restaurant options. Major retails stores include a Barnes & Noble, Dillard’s, and Whole Foods Market, coupled with a Cinemark 14 Theatre. Restaurants include a Madam Mam’s Thai Cuisine, Panera Bread, Tony C’s Coal Fired Pizza, and a Zinger’s Bar & Grill.