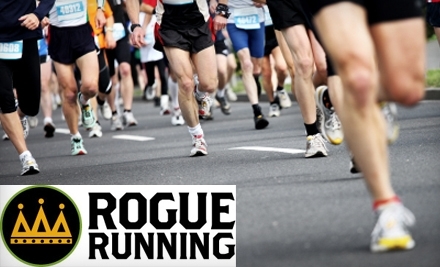 Rogue Running is a comprehensive training center for Austin runners of all skill levels: from those who have never moved faster than a jaunty walk to Olympic ready marathoners, and the mission of Rogue Running is to create an authentic community of athletes discovering their full potential through running.

Rogue Training Systems began in Austin, Texas in 2004 with the desire to introduce elite level training concepts to the everyday runner or jogger. Currently there are two locations, one north, close to the Steiner Ranch area, and one downtown, close to Barton Creek.

Rogue’s philosophy is that the beginner runner would greatly benefit from an approach that allowed them to focus on goal setting and seeing beyond the concept of “just finishing” their respective event. The coaches at Rogue strive to truly challenge athletes to train consistently and effectively in a well-designed, disciplined environment. Programs for runners include intro to running groups, specific distance training, terrain training, and social runs, like a weekday mom’s group. 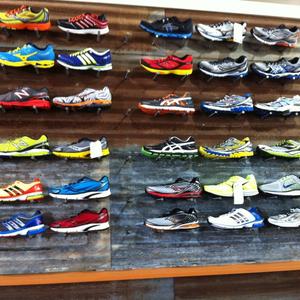 Rogue’s intent was to foster an authentic community of runners who viewed themselves as athletes, not joggers. While the initial focus was on marathon and half-marathon training, Rogue-coached programs prepare athletes for distances ranging from a 5K to a marathon. The Rogue model allowed runners to self-select into different levels (beginner, intermediate, or advanced) based primarily on their desired work level as opposed to pacing (or speed) levels. Rogue also trains athletes for triathlons and trail running competitions.

Living close to a running trail can make a dramatic impact on a new runner’s ability to commit to training. An Austin REALTOR can help with an Austin home search that would put miles of trails literally at your doorstep.