Regent Property Group of Austin reports that the strengthening local economy is resulting in businesses expanding, by relocating to larger spaces or opening additional locations, and by hiring more personnel. Data culled by the Community Impact Newspaper shows a flurry of relocation activity in the third quarter of 2011 as well as the first quarter of this year. Between April 2011 and March 2012, the Northwest Austin area, which includes neighborhoods like Avery Ranch and Eanes ISD, saw 42 business relocations and 80 expansions, good news for the economy, the job market, and the housing market.

“Austin’s real estate market continues to strengthen,” said Regent Property Group Founder Brian Talley. “Many national retailers are locating their expansions in Texas because of the strong local economies, and small businesses are also growing as their client base expands with the rapid population growth.” 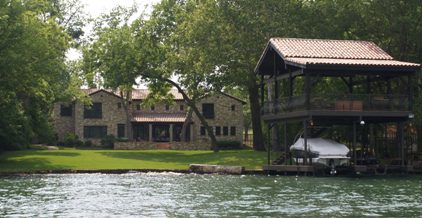 Texas’ unemployment rate has remained lower than most states, with national attention garnered from major rankings of strong economies, like on Forbes.com. Companies that are currently expanding within Austin include The Advisory Board, Emulex Corp., Apple Inc., Whole Foods, Trader Joe’s, How Do You Roll?, and Flores restaurant and Torchy’s Tacos, both of which opened locations close to the Steiner Ranch and River Place neighborhoods.

Market data from commercial real estate firm Oxford Commercial shows that the commercial vacancy rate for the Northwest Austin area peaked in 2009 at 26.9% and declined to 20.3% at the end of 2011. Closer to Central Austin, vacancies dropped to 16.7% by the end of 2011. “Growth translates to more jobs, and more jobs mean better economies and people better equipped to make real estate investments,” Talley said. “Expansions are a wonderful sign of things to come for Austin.”