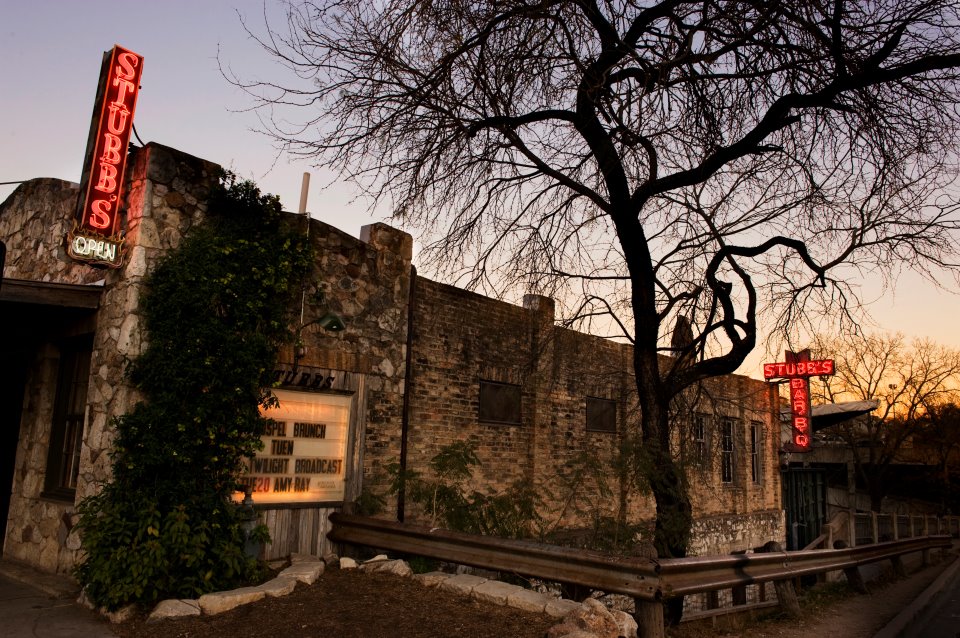 It doesn’t matter to the Red River music district if you are a lifelong Austinite who listened to an unknown Willie Nelson play guitar onstage at Stubb’s, or a young transplant from out of state who prefers sedans to bikes. All are welcome in the hub of Austin’s music scene, where music pours onto the street seven nights a week. Close parking under Highway 35 means visitors easily can come downtown for a show, then retire home to let their ears recover in a quiet neighborhood like suburban homes in Circle C.

Emo’s bar and indoor/outdoor concert venue, located in the Red River music district of downtown Austin, is known for being a little rough around the edges, and this commitment to non-overdevelopment is what has endeared the venue to fans and regulars for years. Originating in the punk rock high-days of the early 1990’s, Emo’s contributed to Austin’s then-budding reputation as a thriving live music scene. In addition to hosting shows on its indoor and outdoor stages throughout the week, the nightclub is also an official SXSW Music Festival venue. In 2013, Emo’s announced they were sold to C3 Presents, the booking agent/production company behind Austin City Limits Festival, but has maintained its gritty appeal and diverse mix of less-mainstream touring artists.

Located on the corner of 10th and Red River, just across the street from Austin luxury home condos, The Mohawk is a bar and music venue with multiple rooms and levels that each feature a unique atmosphere for patrons. Built in 2006, The Mohawk “was built and is driven by a tribe of Austinites who try every day to bring something different to the table.” The Mohawk actively works to bring new and upcoming talent to its indoor and outdoor stages, working with Transmission Entertainment to book quality acts the staff deems worthy of exposure. In addition to hosting shows and serving up drinks to concert patrons, The Mohawk is available for rent for private events, parties, art showings, and weddings.

Stubb’s has a dual reputation, known as an Austin landmark in bar-b-que and as an integral part of the live music scene. The real “Stubb,” Christopher B. Stubblefield, learned the cooking trade from parents he described as “real good cooks.” Stubb left Texas to serve in the Korean War in the 96th Field Artillery, the last all-black army infantry, where he was a gunner and recognized leader. Honing his culinary skills by overseeing the meals of 10,000 hungry men, Stubb came back to Texas to open his first restaurant in 1968. In the 1970′s, Stubb’s Austin restaurant became the heart of a growing music scene, featuring famous names like Joe Ely and Stevie Ray Vaughn, Muddy Waters, John Lee Hooker, Willie Nelson, and Johnny Cash. The outdoor stage now hosts an eclectic mix of performers, from indie darlings like The New Pornographers to famous acts like The Smashing Pumpkins.