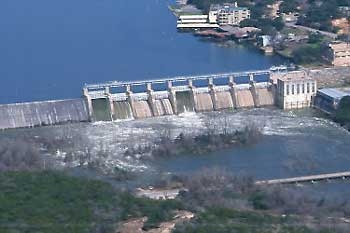 With Texas experiencing a multi-year drought that has affected reservoir and recreational lake water levels, many Austin residents have concerns over the amount of water available for our swelling population. Austin’s growth in both population and home sales is being fueled by the region’s rapid job growth, positive business climate, and historically low mortgage interest rates. In 2012, Texas landed 761 business relocation or expansion projects, according to a recent issue of Site Selection magazine. Coupled with swift business growth, the Central Texas housing market is as hot as an Austin August, and real estate agents predict the momentum from 2012 will continue throughout this year.

Austin home sales closed out 2012 at their highest level since 2007, marking the strongest year for the local housing market since the recession, according to the Austin Board of Realtors. “Central Texas home sales grew 33% over January last year, hitting their highest level in six years,” said Austin REALTOR Brian Talley. “Because of this, the median sales price also rose 10% compared with January 2012.” Neighborhoods like Tarrytown and Barton Creek are seeing some of the lowest inventories of homes since the recession began.

The brisk population growth may make water weary Austinites worried, but Texas State Representative Allen Ritter has introduced three water plan funding bills to the State Natural Resources Committee. The bills propose to finance the strategies in the State Water Plan, which will dedicate 20% of funding toward conservation and reuse strategies. The strategies proposed will account for approximately 32% of the state’s future water supply. Proposed bills:

Combined, these bills would create a revolving, low-interest fund for water projects that will help local governments develop infrastructure, desalination, conservation-based water plans, and other projects. Executive members of the Texas government have said they support using money, as much as $2 billion from the state’s rainy day reserves, to kick-start a fund that would help local entities pay for projects. The proposed legislation creates a State Water Implementation Fund that would help local governments pay for the projects. The bills also would allow funds to be used throughout the various water-financing programs offered by the Water Development Board to ensure that as the state’s water demands and plans change, the funding support can adapt.