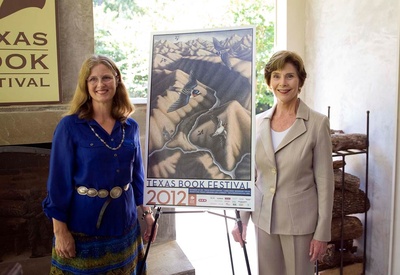 On October 27th and 28th, Austin-area book-lovers from Rob Roy to Lakeway will attend the 17th Annual Texas Book Festival.

An anticipated crowd of more than 40,000 guests will enjoy the free festivities located in and around the Texas State Capitol, including engaging panel conversations with the industry’s top writers, book signings, live music, cooking demonstrations, plus children’s authors, events, and activities!

Laura Bush announced the long-awaited author lineup for the 2012 Texas Book Festival from her home in Dallas. Bush is founder of the Festival, now in its 17th year and one of the nation’s premiere literary events.

Don’t miss the Lone Star State’s premiere literary event of the year. The Texas Book Festival is free and open to the public. Grab a friend, load up the family, and head to the Capitol grounds on October 27th and 28th, 2012.

The REALTORS® of Austin’s Regent Property Group support local non-profit events like the Texas Book Festival. They also help homebuyers stay on top of the latest in Austin real estate trends. If you’re on the lookout for an Austin luxury home for sale, choose Regent.