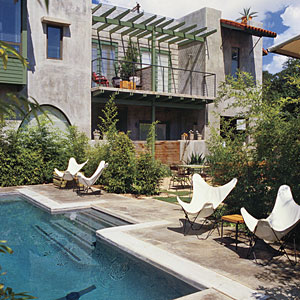 Hotel San Jose is more than a hotel that consistently receives high rankings on Yelp; it’s a staple of Austin culture, and it helped lead the way in the revitalization of Old South Austin into the bustling South Congress District that visitors and locals know and love. The hotel is gorgeous, the history is rich, and the entertainment is what you would come to expect in the Live Music Capital of the World.

The hotel has a fascinating history, stemming from former attorney Liz Lambert’s desire to revitalize a Central Austin neighborhood motel, originally built in the 1930s, after it had fallen into disrepair and undertaken some bad elements. Lambert purchased the motel in 1997 and, with the help of San Antonio architecture firm Lake/Flato, she remodeled the motel into its current incarnation. The story is so compelling that Lambert even made a documentary in 2005 about the transformation of the hotel and its South Congress neighborhood, “The Last Days of the San Jose.” 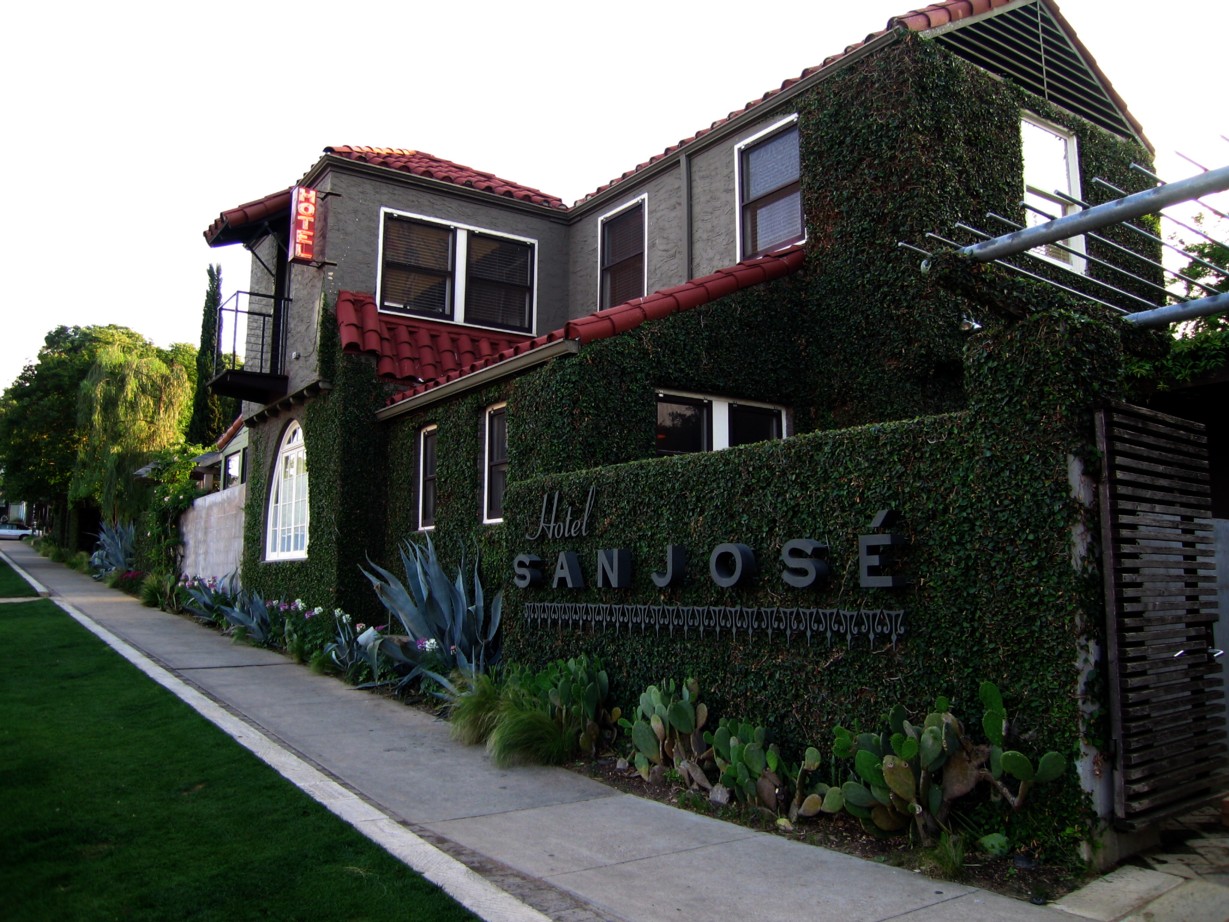 Of course, a good night’s sleep goes beyond a hotel’s history, and this modern courtyard hotel delivers as sleek, elegant, and relaxing. Just a few of the incredible amenities include iPod and bike rentals, a vintage typewriter and Polaroid cameras to borrow, free wifi, a complimentary CD/DVD library (each room has flat screen TVs with DVD players), in-room massages by appointment, and all natural, local body care amenities. They also pride themselves on making the best Michelada ever at their courtyard wine bar. San Jose is dog friendly, so much so that it hosts an annual Easter Pet Parade, benefiting local charities.

Though the actual motel is a zen-like oasis, it’s the interaction with the community that sets it apart. On any given week, one can experience music events, special happy hours on their beautiful patio, benefit events, and a whole array of other good times. And, thanks to Lambert’s friends in all kinds of places, it’s not uncommon to find musicians and actors lounging on the patio, enjoying a Lone Star.

One thing guests of larger hotels often miss at smaller hotels – room service and on-site dining – is well addressed at San Jose, as it’s in the middle of one of the most eclectic restaurant districts in the city. A quick walk finds coffee and light fare at Jo’s coffee shop, incredible pizza at Home Slice, seafood at Perla’s, and a variety of foods at one of Austin’s famed food cart spaces, just to name a few.

For anyone looking to vacation in Austin and get a true feeling for what the city is like, this gem, located just minutes from downtown Austin, is the perfect ambassador.