The Custom Bicycle Show was held October 15th & 16th at the Austin Convention Center and featured handmade bicycles from all over Austin. The event was created to showcase different styles of bicycles, from road bicycles to mountain bikes to cruiser bikes. All frames were handmade in Texas and included frame builders from Central Austin and South Austin.

This was the second time the annual event was held in Austin. The first and second years it was located in Frisco, Texas, near Dallas, and in 2010 it was hosted in Austin as part of the Livestrong Challenge. This year it went solo and drew a large crowd. 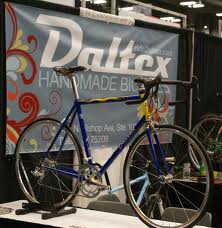 Not only did the Custom Bicycle Show give riders a chance to check out local builders, booth holders encouraged new bicyclists to convert to 100% cycling. The Bicycle Show also featured other components essential to riding, such as bike lights, brakes, seats, and custom wheels. Tickets were available at the door for only $5 and were good for both Saturday and Sunday. $1 from every ticket sold went to support the Austin Cycling Association.