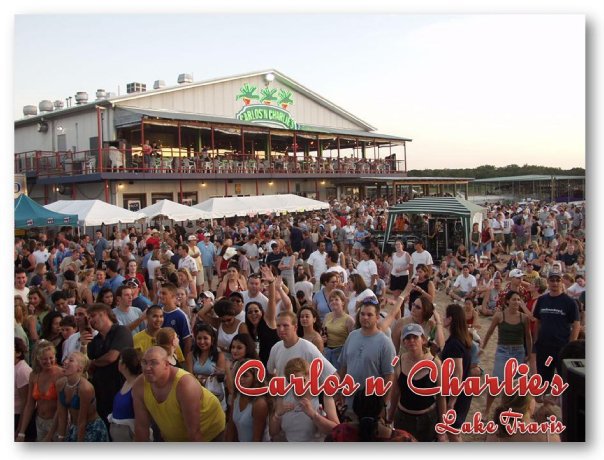 According to reports from Austin’s KXAN, popular Lake Travis restaurant Carlos ‘n Charlie’s is closing its doors after Labor Day 2013, a result of low lake levels from a sustained Central Texas drought. The Lake Travis party spot was the first U.S. location of the restaurant chain and has been in operation on the lake since 1995.

Carlos ‘n Charlie’s is on the south side of Lake Travis at Emerald Point, across the lake from Marshall’s Point. Many business and homes along Lake Travis have been affected in recent years – and historically – from declines in water levels, with some “waterfront” properties now “water view” or even simply “hill country.”

The news report stated that it has been three years since boats have been able to pull up to the once-waterfront restaurant, with co-owner Pete Clark indicating this led to a 60 to 80 percent drop in business. 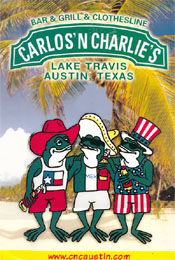 Unlike constant water level Lake Austin, Lake Travis is susceptible to drops (and rises) in water level due to rain and the amount of water allowed downstream. According to the LCRA, the drought has not reached the severity of the decades-long drought of the 1950s, yet is getting close. While 2013 has been relatively mild, the rains have not been able to create a significant rise in lake levels.

At this point, it might be that Central Texas’ best hope for a quick resolution is a slow moving tropical storm.

Clark said that if lake levels do return, the restaurant might return under a different name. In the meantime, he invited Central Texans to join Carlos ‘n Charlie’s for a last celebration this Labor Day weekend, with live music, food, and drinks, plus one final chance to add new memories to those that so many have from the popular party spot.