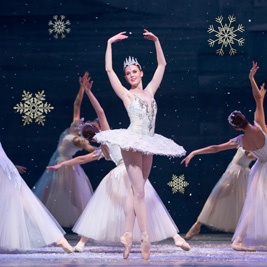 2012 marks the Golden Anniversary of performances of Tchaikovsky’s The Nutcracker by Ballet Austin. The company will open its 50th year at the Long Center for the Performing Arts, close to Barton Creek homes and other Austin luxury neighborhoods, on Saturday, December 8th. The company’s 13 performances will invoke the magic of the holiday season and exhibit the beauty and culture to be found in downtown Austin. The story of The Nutcracker follows Clara, who travels the world in a single night after her nutcracker doll transforms into a magic prince.

This season will offer shows at 7:30pm on Dec 8, 14, 15, 19, 20, 21, and 22, and at 2pm on Dec 9, 15, 16, 21, 22, and 23. Over 200 dancers, choreographed by Stephen Mills, will help bring The Nutcracker to life, and will include the company’s primary dancers, apprentices, and children from the Ballet Austin Academy. The cast also includes special community members who will fill the role of the large and boisterous Mother Ginger. This year’s Mother Gingers feature a variety of Austin faces, including a 2012 Olympic silver medalist:

Ballet Austin’s production of The Nutcracker is the longest running performance in Texas and is one of many cultural assets that make the city a unique and vibrant place to live. If you’re considering calling Austin home, contact an Austin Realtor to jumpstart a new Austin home search.