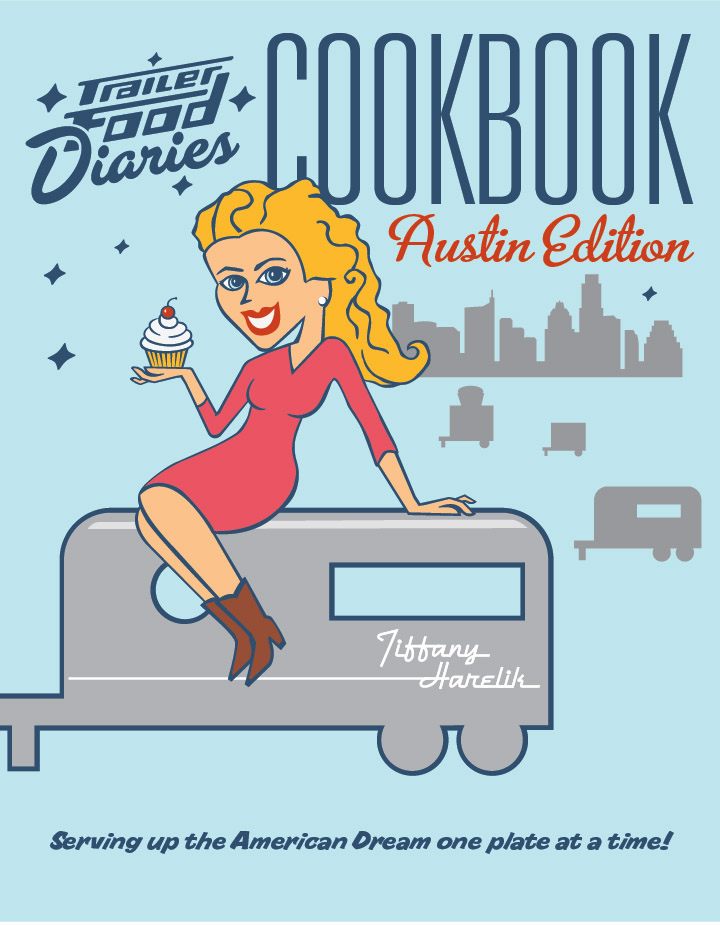 Austin may be the live music capitol of the world – but it’s also the trailer food cart capitol of the world. With over 2,000 carts tucked away in various parts of the city (like local favorites Flip Happy Crepes in downtown Austin and Dock and Roll in Westlake Hills), it can be hard to keep up on the burgeoning trend. Luckily, blogger Tiffany Harelik has released a new cookbook, The Trailer Food Diaries: Austin Edition, full of recipes from some of the city’s favorite carts and chefs.

The 159-page full-color paperback includes complete recipes for many trailer favorites, such as Thai Chicken Karaage from East Side Kings and Bacon Jam from The Peached Tortilla. The book is available at many local businesses, including Whole Foods (both downtown and the north location near Milwood residents), Book People, and the Austin-Bergstrom International Airport.

Harelik is an authority on trailer cuisine around Austin and many other cities. The 31-year old mother and writer is a 4th generation Austinite whose great-great grandfather owned one of the very first food trailers in the state. Since she started her blog in 2009, Harelik also has created a television show and helped to create the Gypsy Picnic, which will be held for the third time this fall. Harelik plans on expanding this idea to Portland, OR – Austin’s "Sister City."

Harelik views the cookbook and her blog as a way to tell the stories of residents who are “serving up the American dream, one plate at a time." She’s interested in food, yes – but also why and how trailer food cart owners choose to go this route. "Austin has an incredibly supportive entrepreneurial culture,” Harelik says. Even during the recession, trailer food culture continued to boom, and Austin’s economy remained comparatively unscathed.

The Trailer Food Diaries: Austin Edition makes a great guide for out-of-towners and locals alike. It would make an excellent gift for someone starting an Austin home search. Watch for Portland and New York editions soon!