In a city as large as Austin, it can be hard to keep up with everything going on locally, as well as nationally. Local newspapers and magazines help highlight not only world events, but all the happenings and noteworthy movement around town.  Whether profiling local businesses, an upcoming music festival, updating the public about changes to the transit system, studying up on Austin real estate, or interviewing philanthropists, news in Austin is always up to date and no further away than a street corner or a computer.

The Austin American-Statesman is the major daily newspaper circulating Austin. The articles focus on issues affecting mainly Austin and the Central Texas region, but also prints content from the Associated Press, The New York Times, The Washington Post and the Los Angeles Times’ international and national news. The paper is also noteworthy for its coverage of the local music scene, especially the annual South by Southwest Music Festival. The newspaper co-sponsors events throughout the year, like the Capital 10K race and the Season for Caring charity campaign.

The Austin Chronicle is an alternative weekly newspaper published every Thursday. The paper can be picked up from free news-stands, often found at local restaurants or coffee houses. The Chronicle includes local news and opinions, as well as reviews and feature articles about food, cinema, theater, art and music. A number of annual features, including the ‘Best of Austin’ awards, cut-out masks for Halloween, the April Fool’s edition and a short story contest are also highly anticipated by readers throughout the year. 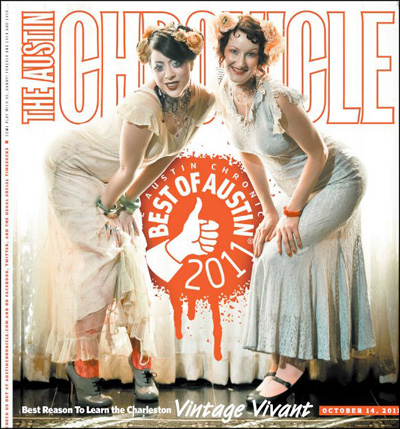 The Onion is a national satirical newspaper with circulation in Austin.  Its humorous articles report on international, national, and local news, in addition to entertainment coverage, presented in a non-satirical section called The A.V. Club. Articles in The Onion comment on current events, both real and fictional, parodying traditional newspaper features like editorials, man-on-the-street interviews, and stock quotes with an editorial voice. The A.V. Club section features sincere interviews and reviews of new media and artists.

Austin Woman magazine celebrates thousands of local women every year, and provides inspiration through its profiles of notable women and stories pertaining to life in Austin.  The magazine covers everything from fashion advice to charity events to financial advice, all targeted at a female readership.

Want to know more about Life in Austin? See our Moving to Austin page!