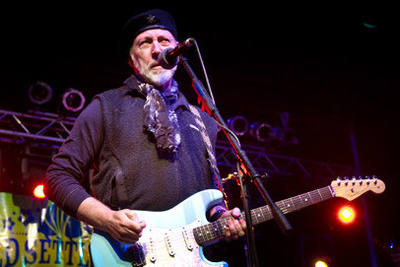 The largest music festivals in Austin draw tens of thousands of people from around the globe to fill city venues, streets, and hotels with music lovers. The smallest shows are found every night of the week, on every corner, with live music in almost every bar and restaurant in town. As newcomers often note, we even have live music in our grocery stores! Austin’s mild year-round weather, friendly atmosphere, and hopping live music scene make it the ideal place for hosting exceptional music festivals throughout the year.

The SXSW Music and Media Conference was first founded in 1987 and has since grown exponentially. The festival aims to educate and inspire musicians, as well as those who work with them. Almost 20,000 music industry professionals from around the world attend compelling panels, industry discussions, demo listening sessions, trade show exhibits, and six nights of music performed by over 3,000 various acts, performing at over 100 venues in downtown Austin, Texas. The festival is accompanied by “unofficial” shows hosted throughout the city and concentrated in the downtown and Barton Creek neighborhoods, providing even more music entertainment options for both locals and festival visitors.

The Austin City Limits Music Festival, better known as ACL, is an annual three-day music festival that takes place in Zilker Park, not far from Tarrytown homes. Every year ACL brings together more than 150 acts from all over the world to play rock, indie, country, folk, electronic music, and more on eight stages. Approximately 75,000 fans attend the festival each day, and 225,000 over the course of the entire weekend. In 2013 the festival will expand to two weekends to accommodate a growing number of attendees. The festival takes its namesake from the PBS concert series, taped weekly in a new studio at the W Hotel in downtown Austin. The festival is produced by Austin-based C3 Presents, who also produce Lollapalooza as well as other music festivals across the country.

Just outside of Austin, set in the shady Central Texas woods, the Old Settler’s Music Festival showcases American roots musicians every spring. Founded in 1987, the first Old Settler’s Music Festival was held at Old Settler’s Park, in the Austin suburb of Round Rock. Since then, it’s grown into a nationally-known celebration of Americana and roots music in all its forms. Previous years’ headliners include Patty Griffin, Bela Fleck, Doc Watson, Joan Osborne, Bruce Hornsby, Iron & Wine, Alison Krauss, the Avett Brothers, and Robert Earl Keen. In recent years, the festival has taken place at the height of bluebonnet season at the Salt Lick Pavilion and Camp Ben McCulloch, just minutes from Austin. The festival lasts four days and features over 30 bands on four stages with concerts, workshops, and impromptu jam sessions all day and throughout the night. Willie Nelson photo courtesy Old Settler’s Music Festival.

Founded in 2006, Fun Fun Fun Fest, also known as F3F, began in downtown Austin and quickly became a favorite independent music festival for music lovers and musicians in the United States. The festival also features comedy, food, fashion, and poster art experiences with work from artists around the world. Fun Fun Fun Fest aims to provide the most passionate, underground, and progressive musicians, comedians, and fans from around the world. The festival is the only genre-based festival in the U.S., featuring stages that focus specifically on hip-hop and electronica, indie rock, punk/metal, and comedy sets. Notable acts from the past include Public Enemy, Spoon, Weird Al Yankovich, Girl Talk, The Descendents, MGMT, Bad Religion, Danzig, Mastodon, The Dead Milkmen, Slick Rick, Pharcyde, Cat Power, M83, Circle Jerks, Todd Barry, Reggie Watts, Henry Rollins, Neil Hamburger, The National, GWAR, and many more. In recent years, the festival has relocated to Auditorium Shores from its previous location at Waterloo Park.