Austin Wins Nod as One of America’s Hippest Cities 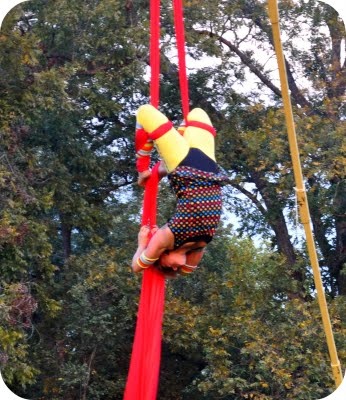 The writers at Forbes are expert list makers and love putting Austin at the top of their lists almost as much as they do making them. This time, Austin has ranked #7 in a listing of America’s hippest cities, with specific focus on the art and culture flourishing in and around East Austin, which sits close to neighborhoods like Barton Creek and Lake Austin.

What makes a city “hip” can be difficult to define objectively and could be measured by the ease in which one can pick up a coffee from a locally owned store, walk to an art gallery featuring new and avant garde artists, have lunch at a restaurant serving organic produce from a kitchen garden, then spend the afternoon taking an aerial silks class from a studio like Sky Candy, before picking up groceries from a zero-waste store like In.gredients to make dinner.

Forbes attempted to quantify “hip factors” when compiling their list of America’s 20 hippest cities. They assessed each area’s walkability according to Walkscore.com; the number of neighborhood coffee shops per capita; the assortment of local food trucks (and their ranking according to Zagat’s); the number and frequency of farmers markets; the selection of locally owned bars and restaurants; and the percentage of residents who work in artistic occupations.

East Austin unseated the neighborhoods around South Congress and Travis Heights as Austin’s hippest home base and America’s 7th hippest city. East Austin won its accolade for not only touting some of the most highly rated Mexican eateries in the country but also for its vast collection of coffee shops, a farmers market, and food trucks like the East Side King parked outside of bars and music venues every night. To learn more about living in or around East Austin, contact an Austin REALTOR today.