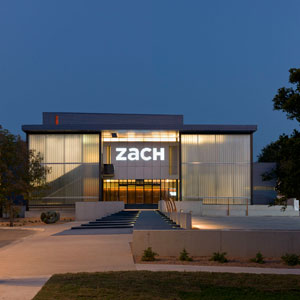 Austin isn’t just a breeding ground for creative arts such as film and drama, it’s also a cinephile’s and theatre enthusiast’s playground, with opportunities to see world class performances and special productions year round. From the homegrown Alamo Drafthouse cinema chain to playhouses that foster Texas talent and welcome international performers and artists, Austin makes it easy to plan “dinner and a show” every week.

The Alamo Drafthouse has been a favorite Austin institution since 1997. The theatre, now grown into a national chain, is known for its drink and food service throughout films, quirky pre-film clips, special events, and adherence to a strict no-talking or texting policy during films. Originally a second-run theatre in Austin’s warehouse district, the single screen cinema distinguished itself quickly among theatre options in town and now has nine multi-screen locations throughout the city. The Alamo features European-style reservation seating, eliminating long wait lines for desirable seats, and in-house cocktail lounges in newer locations. In September, the South Lamar Alamo Drafthouse, close to Barton Creek homes and Zilker Park, hosts Fantastic Fest, a week-long film festival featuring genre movies in horror, fantasy, and science fiction. The theatre also participates in the SXSW Film Festival every March.

The Austin Playhouse is a professional theatre dedicated to providing opportunities for Austin artists and audiences to celebrate the human experience through drama. Following the regional theatre model, the Playhouse seeks and develops quality work in a collaborative dialogue with the community. Founded in 2000, the Playhouse is home to the State Theater Company but also works with Austin universities and colleges to share space and inspiration. The company has produced over 60 professional productions in 11 years, including 13 world or regional premieres. The Playhouse is set to make its new home close to the Mueller Development, in the heart of Central Austin and close to Tarrytown neighborhood homes. 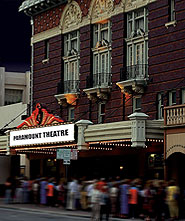 The Paramount Theatre is a live theatre venue and movie theatre located in downtown Austin. Built in 1915 in the classical revival style, the building was listed in the National Register of Historic Places in 1976. The Paramount sees its busiest time of year in March, hosting film screenings for the SXSW Film Festival, but over the course of 90 years, the theatre has hosted everything from vaudeville performers, like The Marx Brothers, to the Ziegfeld Follies, to Broadway and opera productions, to musicians, to traveling Tibetan monks performing sacred music, to silent movies, to the premiere of popular films. In 1992, the Paramount was selected to rerun the classic film Casablanca in celebration of the movie’s 50th anniversary; the theatre is one of the few still-standing theatres to have screened Casablanca during its original release.

Celebrating over 80 seasons, the ZACH Theatre is an Austin icon that now resides in a new home on South Lamar. Originally founded in 1933 as Austin Civic Theatre, ZACH Theatre is the oldest continuously operating theatre in Texas. The company received a new moniker in 1968 in honor of Austin native and Academy award nominee, Zachary Scott. The ZACH Theatre features a year-round season and over 500 annual performances. Productions and programming include both professional plays and musicals, and a Theatre for Youth. The theatre contributes to the cultural heritage of central Texas by developing and producing new shows by playwrights and composers from the region. ZACH Theatre’s accomplishments have been recognized by the National Endowment for the Arts, The Shubert Foundation, and The New York Times, among others.