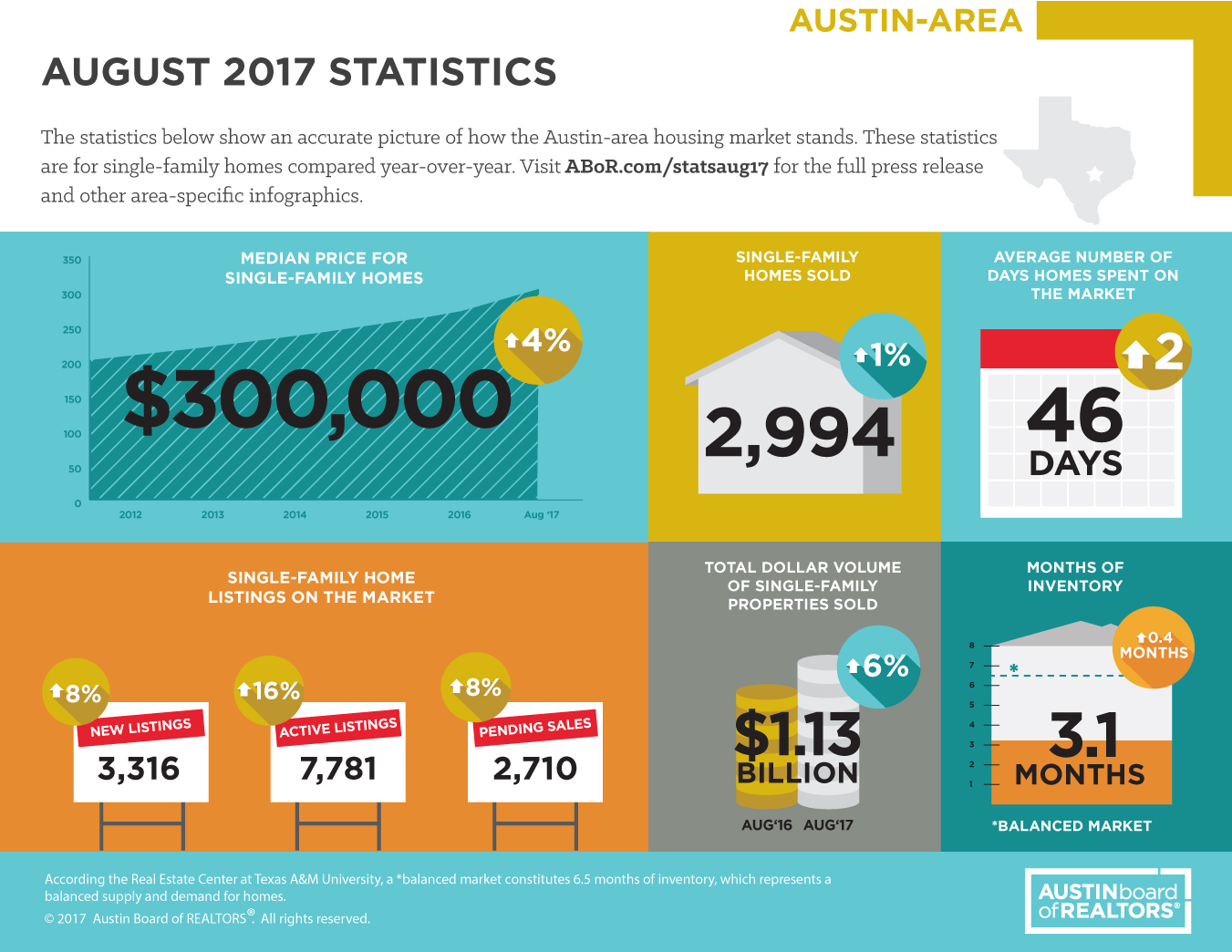 The Central Texas summer season was the hottest it has ever been – in real estate, that is. The Austin-Round Rock Metropolitan Statistical Area reached its highest level of single-family home sales and the highest median price during the period of May 2017 to August 2017, according to the Austin Board of REALTORS® August 2017 Central Texas Housing Market Report.

The record breaking season was helped by a strong August 2017. Within the Austin-Round Rock MSA, home sales volume increased one percent year-over-year to 2,994 home sales, and the median price increased four percent to $300,000. Inventory area-wide increased 0.4 months to 3.1 months of inventory. The total single-family home sales dollar volume for August was $1,128,565,155, making it the fourth month in 2017 when dollar volume topped $1 billion.

The Real Estate Center at Texas A&M University Chief Economist Dr. Jim Gaines said, “The Austin-Round Rock MSA looks like it is moving toward a more normalized housing market. Similar to what we’re seeing across the state, housing inventory levels are slowly increasing, despite continued increases in sales volume and median price.” He said in the second half of 2017, there could be “some slowing of the home price increases that have become common in recent years – not price decreases – as the relationship between home buying and selling activity begins to balance out.”