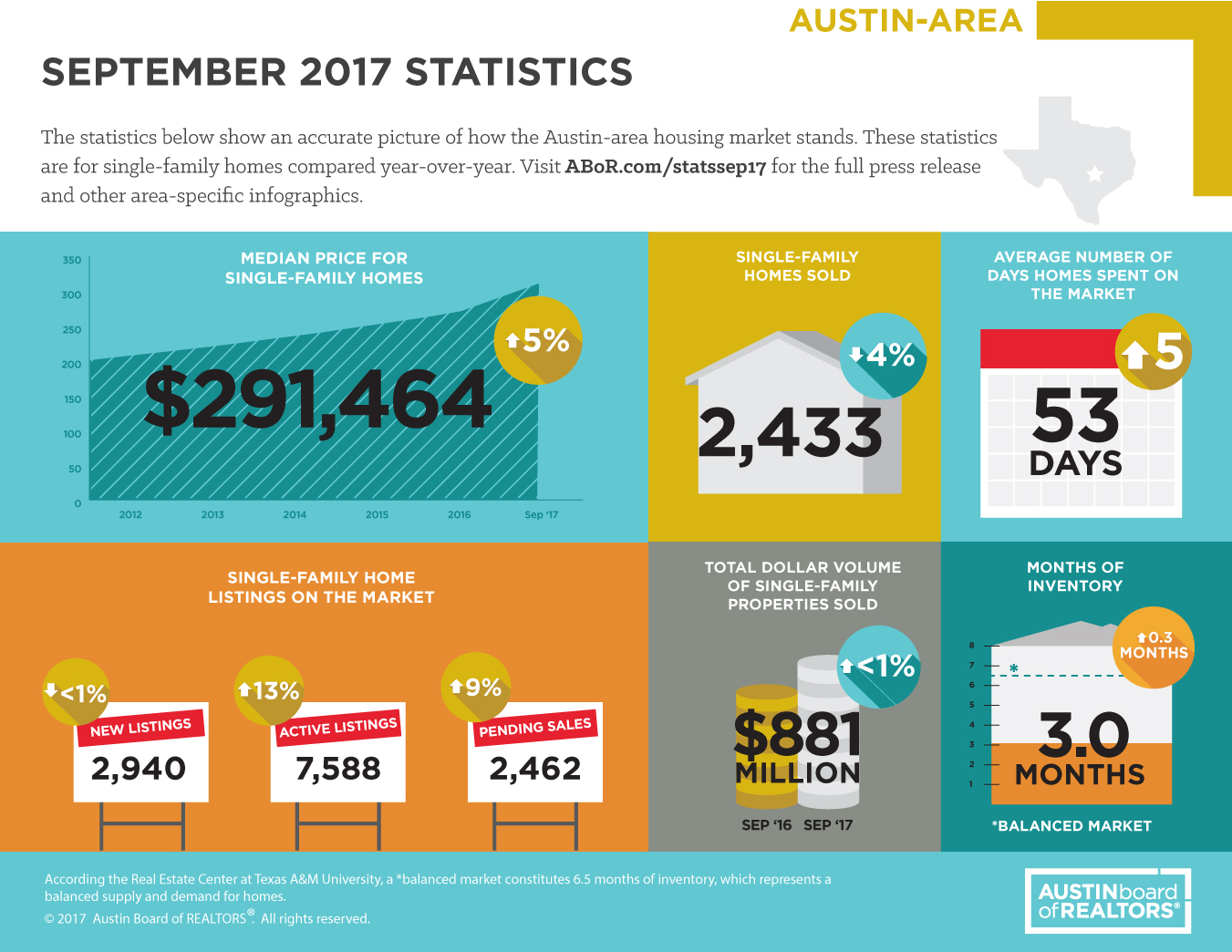 Austin-Round Rock Metropolitan Statistical Area home sales were down this September 2017, compared to September 2016, and inventory levels were up, according to the Austin Board of REALTORS® September 2017 Central Texas Housing Market Report. However, experts indicate that rather than a sign of a downturn, these results are simply a slowing down of the breakneck speed of the recent past.

“Despite last month’s dip in home sales activity, it’s important to remember that we’re comparing our current figures to the record-breaking housing market activity in 2016 and it’s not necessarily indicative of a downturn,” said ABOR President Brandy Guthrie.

National Association of REALTORS® Chief Economist and Senior Vice President of Research Lawrence Yun said, “Austin has had one of the fastest job growth rates in the country over the past decade and consequently one of the strongest housing markets with rising sales.” Yun did note affordability challenges of the region, saying construction needs to ramp up in the area or else, “Job growth could stall and bring less dynamism to the local economy.” Additionally, looking to 2018, “Slightly higher mortgage rates will further pressure affordability and therefore attest to even greater need for new home construction to tame home price pressure. Home sales, based on recent past job creation, should continue to modestly increase in 2018. But home sales in 2019 will depend critically on inventory availability.”

Housing inventory for the Austin-Round Rock MSA increased 0.3 months to 3.0 months in September 2017, the ninth straight monthly increase. Total dollar volume was approximately $881 million, an increase of less than one percent. For the city of Austin, inventory was unchanged at 2.4 months, and the median price of a home increased four percent to $355,000. Time on the market was unchanged at 42 days.