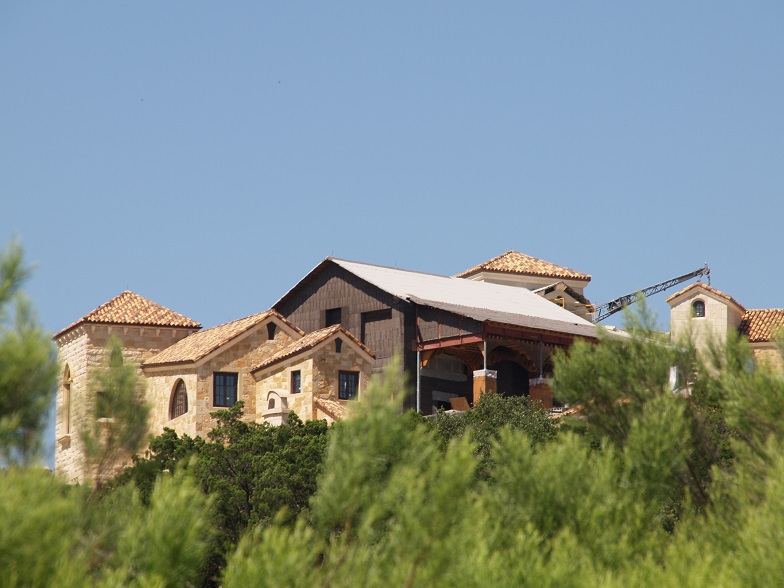 Single family home sales in the Austin area dipped two percent in May 2015, after setting a record the previous month, according to a Multiple Listing Service report released by the Austin Board of REALTORS®. Despite the slight pullback in sales volume, sales prices set a record for the month of May.

The median price for single-family homes increased nine percent compared to May 2014, coming in at $271,000. The average price increased seven percent compared to May 2014, coming in at $348,201. Historical appreciation is typically about four percent annually, according to the Real Estate Center at Texas A&M University, and therefore Austin continues to outpace its historical appreciation in both median and average prices. The total dollar volume of single-family properties sold was $963,472,167, five percent more than May 2014. 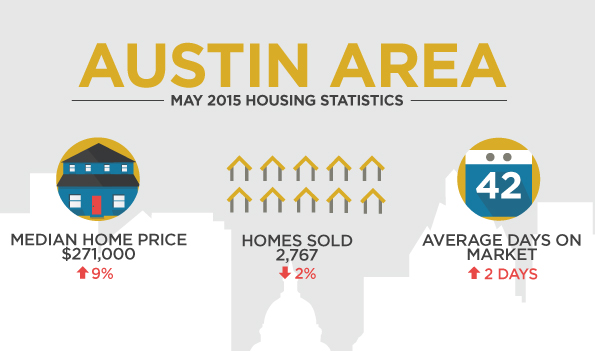 As far as listings, active listings increased by six percent to 6,323, and new listings decreased three percent to 3,865. This increase/decrease combination resulted in an uptick in inventory levels. Inventory increased .1 month to 2.7 months for May 2015. Austin has seen slight inventory increases in recent months, but the housing inventory level is still well below 6.5 months, which is the level at which the Real Estate Center at Texas A&M University considers the market balanced for sellers and buyers. Pending sales were unchanged at 2,936 pending sales.

“Creating conditions that allow for housing options for all of our residents, such as medium-scale housing options, will help increase housing affordability, improve the tax base and potentially provide income for homeowners,” said Barb Cooper, President of ABOR. “Equally important, this type of housing stock allows for greater density and helps residents to live close to where they work and go to school.”