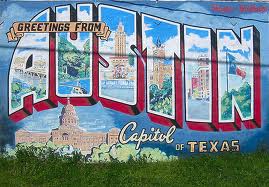 More good news for Austin! Austin is proving to be a resilient player in overall market viability and sustainability, as evidenced by recent accolades. The Austin area was recognized as the number one performing metropolitan area in the United States during 2010, which bodes well for the future of the city, and the Milken Institute recognized Austin as the fourth best-performing city in the nation, thanks to a combination of factors, including jobs, wages, and technology performance.

Specific to Austin real estate, the city’s single-family housing market showed solid improvement during 2011 over 2010 with an 8.5% increase in the number of single-family homes sold and a 1.4% increase in the median sold price. Austin showed even better statistics during December 2011 compared to December 2010 with an 8.7% increase in the median sold price, 13.5% decrease in the time it took to sell, and a 9.6% increase in homes pending sale. When comparing the year 2011 with the year 2007 – just before the recession took a hit on the housing market in Austin – sold prices were up 5.3%, with the number of homes sold down 19.7% in 2011 compared to 2007. In other words, prices and sales volume are improving year-over-year (2010 to 2011) in Austin while the number of homes sold is still quite a bit lower than the peak of the market in 2007.

Source: The raw data in this report was provided by the Austin Board of REALTORS® but interpreted by Austin home search expert and Austin luxury Realtor® Brian Talley of Regent Property Group. The information contained herein is subject to errors, omissions and changes without notice. Any information, statistics, analytics, recommendations or opinions provided in this report are subject to errors and/or omissions and are not in any way guaranteed as accurate or reliable by Brian Talley or by Regent Property Group LLC. Statistics in this report may be updated as more information is added or changed from the source of this information.