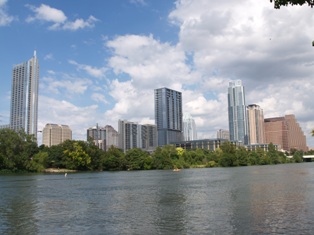 During January 2011 the Austin housing market showed major improvement with sales volume for single-family homes in the city limits of Austin increasing 19% compared to January 2010. Median sold prices (total dollars per sale) were up 3.7% with median sold prices per square foot down 1.3%.   The supply of homes decreased from 5.5 months to 4.4 months of supply from November 2010 to December 2010, also contributing to the market improvements.  The Austin unemployment rate (Austin-Round Rock-San Marcos) showed a slight decrease from the previous month at 7.1% in November 2010 to 6.8% in December 2010.  With gains sales volume and stable pricing, the overall housing market is continuing to show signs of improvement due to job growth in Austin and a relatively low supply of homes for sale within the city limits.