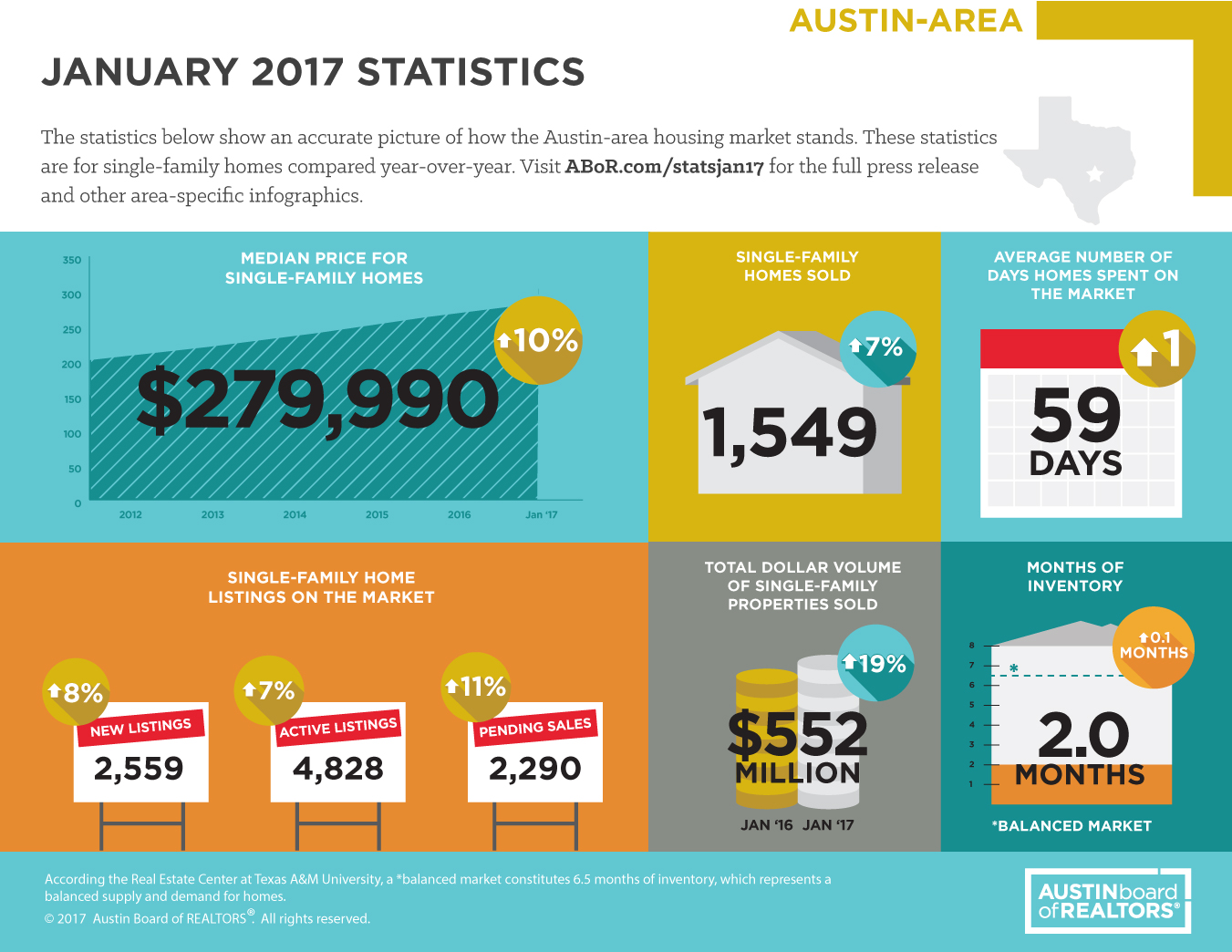 Housing levels in the Austin-Round Rock Metropolitan Statistical Area increased 0.1 months to two months of inventory, and inventory in the City of Austin was unchanged at 1.4 months of inventory. Inventory of homes listed under $250,000 was less than one month in many Central Texas areas. An approximately six-month supply is considered balanced between buyers and sellers, according to the Real Estate Center at Texas A&M University.

Home prices continued their upward trend, with the median price for the Austin-Round Rock MSA increasing 9.8 percent year-over-year to $279,990, and the median price in the City of Austin increasing 2.3 percent year-over-year to $312,000. The total volume of sold homes in the Austin-Round Rock MSA was $552 million, up 19 percent.

“The range of home prices available in local market areas are slowly trending upward, changing the local profile of what homes and price ranges are considered ‘affordable’,” said Guthrie. “Single-family homes priced for entry-level homebuyers are increasingly harder to find throughout the region.”