Austin is ranked #1 in Forbes’ list of America’s Fastest Growing Cities for the second year in a row and #4 in its list of America’s Best Performing Cities. This is good news for anyone looking to invest in a new home in Austin or sell their starter home to upgrade to an Austin luxury home. As companies like Apple, Whole Foods, Progressive Insurance, Dell, and Samsung expand their base of operations in Austin, the number of job openings grows, which means more people moving to Austin and greater spending power for Austinites.

“The median home price for Austin is about $225,000,” said Regent Property Group founder Brian Talley. “This makes sense in light of all the tech industry present in Austin; the salary range for most of those companies puts their employees in comfortable homes in popular areas of town like the Circle C neighborhood or Eanes ISD.”

Austin is expected to have an economic growth rate of 6% through the year 2016, according to Moody’s Analytics, which is over twice the growth rate of the nation. Austin shares part of its laurels with fellow Texas cities Dallas-Fort Worth, Houston, and San Antonio, which gives leverage to the claim that the South’s low taxes and affordable, healthy housing market attract the architects of industry from around the world. 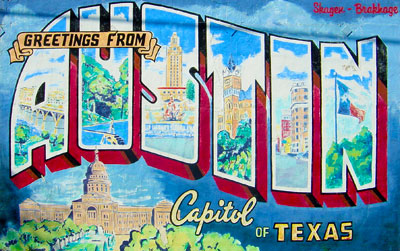 Austin has added over 1 million residents since 1990, with steady growth projected for the coming years. Our advantageous position as the capital of Texas and the home of the University of Texas also offers a broad job market beyond the hallowed halls of tech giant offices. The lack of a state income tax and the land surrounding the city that can absorb expansion all lend themselves to the success of Austin’s growth.

According to Forbes, Austin pulled in 35 corporate relocations last year, adding 6,000 jobs, and the government approved $30 million in incentives to induce Apple to build a new campus in town. The planned Formula One racetrack also is expected to impact the economic climate of Austin, bringing in scores of tourists, many of whom will look to purchase vacation homes in the area.

“At this point, people are looking at the Austin housing market and asking, ‘What crash?’ We’ve always been sheltered from most of the fluctuations in the national market, but now Austin homeowners, current and prospective, have every incentive conceivable to upgrade or purchase now,” Talley said. To learn more about the Austin housing market and its opportunities for home owners and investors, contact the expert Austin realtors at Regent Property Group.